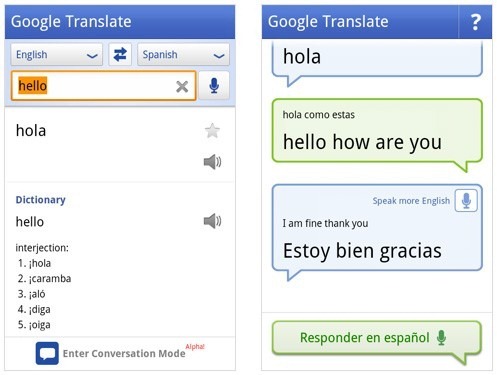 Conversation Mode allows you and your foreign friend to speak in two different languages before having Google Translate display the words you say onscreen in your native languages (as seen in the second screenshot above).