The Hunters: Episode One is a new game on the Google Play Store that looks to appeal to fans of the XCOM, Jagged Alliance, and Final Fantasy Tactics series. You take control of a team of mercenaries in turn-based missions which will earn you money upon completion. You can use that money to upgrade your squad and complete contracts that refresh every day. You can also purchase in-game currency with real money, as well.

Usually we'd save a cool live wallpaper for our next roundup, but this one's just so groovy we had to let our readers know about it now. GyroSpace 3D is a live wallpaper that, like many others, uses your device's gyroscope for visual effects. But the space-scapes shown off in GyroSpace move around on a three-dimensional plane, coming in and out of the user's filed of view with remarkable smoothness. It's a neat effect that's not unlike a stereoscopic 3D screen, without the added hardware.

Guys did you hear the big news? Leia is a Disney Princess Now! Rovio came out with a Star Wars version of Angry Birds! It's got lasers, wookiees, light sabers, and a bunch of other stuff that you remember from those movies you saw growing up that don't seem to bear much resemblance to the newer movies your kids watched. I can feel the conflict within you, though: is this going to be terrible, a bastardization of all my beloved characters, or can I set aside my disdain for everything Lucas and Rovio have done, relax, and enjoy this game?

You seen one top-scrolling space shooter, you've seen 'em all, am I right? No, as a matter of fact, I am not. Voxel Invaders is here to prove that. Take a look at the trailer below and you see that the game starts off simple enough. Some nice, 3D-ish graphics adorn an otherwise banal battleground. Or so it seems. Until around ten seconds into the video, when the world shifts and we see things from a whole new perspective.

Google's not pulling any punches this time around with its ads for its newest Nexus device. When it's not physically invading one of the most visited sites on the internet, the Nexus 7 can be found in some adorable videos that play to every one of your sappiest emotions. Take this newest ad, featuring a five-ish-year-old girl reading Curious George, and planning her trip to the moon. (No one tell her just yet, okay?)

Space games are a dime a dozen. Finding one that looks good is a bit of a challenge. Star Splitter manages to accomplish the task, though. This space-based rail shooter has bright and complex scenery and a pretty cool system for ship upgrades and universes to explore. For the price tag of free, it's a pretty well-rounded game.

The one major downfall is that the controls can be a bit janky.

Space-inspired physics games have been given a boost thanks to Angry Birds Space. If you're looking for something with a little more drama and a little less pig, then New Orbit might be right down your gravity well. The 99¢ game from rookie developer Blackish combines Asteroids-style navigation, gravity-driven physics and an ambitious if not overly promising story. On that note, the full title is "NEW ORBIT: Episode 1," so there's probably more on the table.

Quick. Name the top three most time-consuming video games you can. Did you say RPGs, sims and "anything that even remotely looks like Farmville"? Well, one, Farmville already is kind of a sim so that doesn't really count and two, yes! Now, what happens if you mix all of these together into one big, colorful Japanese game? You get Kairobotica. 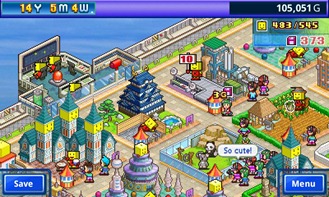 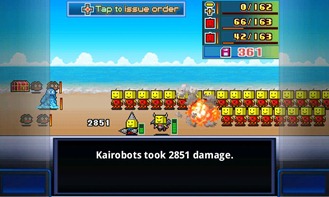 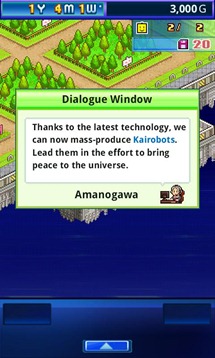 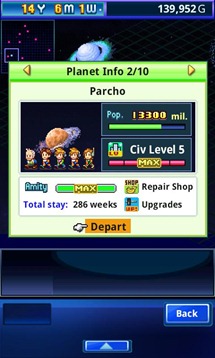 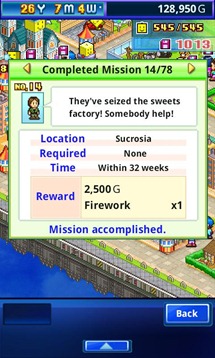 Part of the game takes place in a sim space colony where you build shops, tech, and bolster your forces for missions.

One of the nicest things about Android that gets taken for granted is the ability to customize your user interface. While most folks tend to stick to app icons for launching their apps, Tagy offers an alternative approach: a tag cloud. Tagy is actually a set of widgets that let you specify a list of apps, contacts, or bookmarks to appear in a single widget. Then, as you use the widget, the items you use more often will get bigger.

Gameloft, creator of great Android games you feel like you've seen before, is at it again with N.O.V.A. 3, the third (obviously) in the sci-fi FPS shooter series that follows Master Chief Kal Wardin as he fights off the Covenant Volterite armada. The game's description touts an epic storyline and, frankly, we'd expect nothing less from Bungee Gameloft.

In all seriousness, despite the game's similarities to other major properties, Gameloft is well-known for making solid, enjoyable, if familiar, games.