You can expect a smartphone to come with camera and gallery apps of its own. The manufacturer may also make the time to produce something for taking notes or doodling. Then there are news apps. These aren't guaranteed to appear, and those that come pre-installed take various forms. In Sony's case, there's Socialife, which now has the more straightforward name News Suite. This change comes as part of a big overhaul that made its way into the Play Store.

Sony's Socialife is an attractive app, but it has thus far only found its way into the hands of a limited number of users. This isn't an indictment of its quality. Rather, it speaks to the app's previous exclusivity. The news reader and social network aggregator has only been available for Xperia phones, tablets, and Sony VAIO PCs. Now it's open to any Android device running Jelly Bean or higher. Here it is running on a Nexus 5. 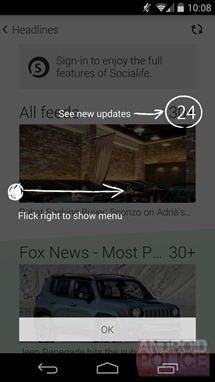 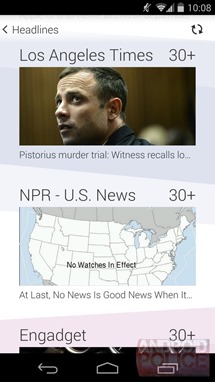 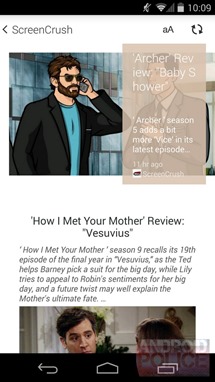 Socialife's style fits somewhere between Flipboard's highly animated approach and the subtle transitions found in Google Play Newsstand. The app scales to fit the screen of whichever device you're using, regardless of whether that's a smartphone or PC.