With a device as pricey as the Pixelbook, you're probably going to want some sort of protection to make sure it doesn't get scratched or dented. The Google Store currently sells a leather Bellroy sleeve for the Pixelbook, but at $89, it's rather expensive. If you don't want to spend that much but still want a Google-approved solution, you're in luck - the 'Sleeve for Pixelbook' is now showing up on the Google Store as 'coming soon.'

There are undoubtedly many people out there who received a new Nexus 7 for Christmas last month, and now they need a means of keeping it safe. There have already been three sleeves to choose from on the Play Store, but today that option jumps to four. Now owners can get the sleeve in bright "Ketchup" red. This unofficial name nicely complements the equally unofficially named Mustard Yellow, Pepper Black, and Salt Gray pre-existing options. 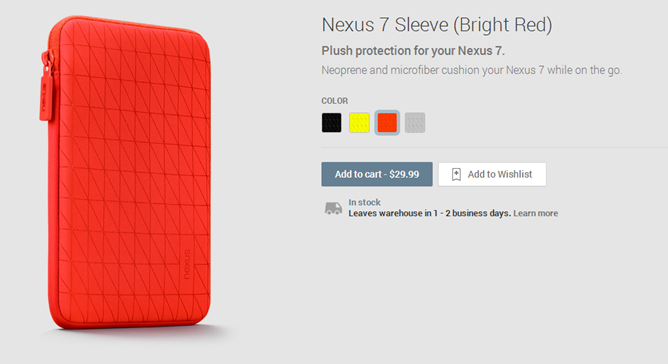 All four sleeves are available for $29.99. They're designed for the 2013 Nexus 7, but the older model should still fit just fine. There's also room for a pair of earphones in the pouch on the back.

Enchanted by the bright yellow bumper case for the Nexus 5 earlier today (by the way, how great is it that finally a Nexus device at least had proof, on launch day, that accessories were coming?) but not planning on picking up the new phone? Don't worry - Google's expanded the lineup of sleeve cases available for the Nexus 7 (2013, though the 2012 edition will fit too) today, adding a "grey/white" version and a bright yellow version to the mix. 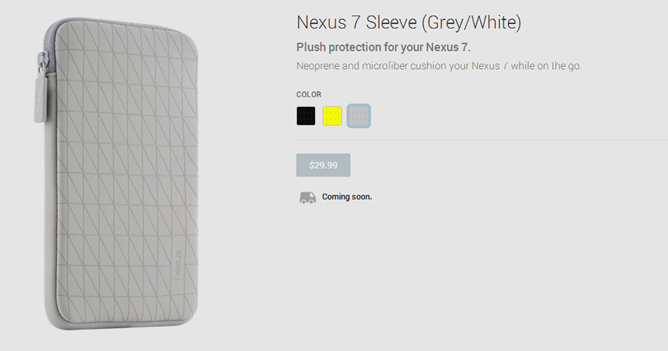 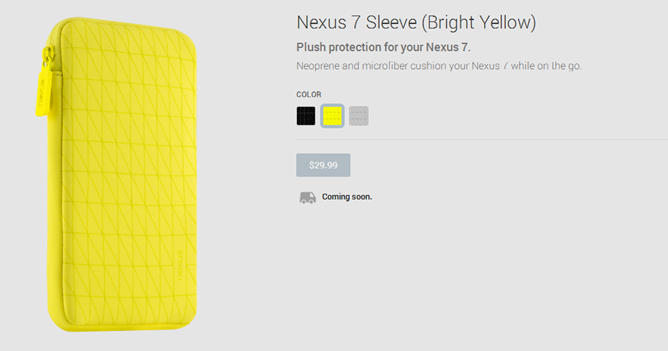 Both will cost you a cool $29.99, and both are currently listed as "coming soon," but it's always nice to see an expansion in the list of official Nexus accessories, which has traditionally been a weak point.

Note from Artem: Mark Murphy, also known as CommonsWare and CommonsGuy, is one of the top 10 contributors to StackOverflow (he's currently #8). He's the Chuck Norris of Android development, with over 300,000 StackOverflow reputation points. I am honored by his decision to accept my offer to join the AndroidPolice team of contributors.

The User Defense series of posts will highlight relatively easy ways in which users can improve the privacy and security of their use of Android devices.

People sometimes worry about so-called "tracking cookies" that allow marketers to effectively spy on their Web surfing. Your smartphone is more or less a tracking cookie for the physical world, with everything from shopping malls to recycling bins tracking your movements.