Republic Wireless is offering an interesting new product: SIM cards that come pre-loaded with either 30 or 90 days of (technically) unlimited data. The new cards don't require activation, an account, or even a payment method after purchase. There are a few caveats, though. We've gotten a few reports in recent days that Motorola's latest budget phone is hungry. Hungry for what, you may ask? SIM cards. Several reviews on Amazon allege the G5 Plus SIM card tray is defective and causes SIM cards to become lodged in the phone. Having a Moto G5 Plus at the ready, I'm struggling to figure out how anyone can get this wrong. Ever since the Nexus 5, Sprint seems to be ever more accepting of unlocked devices designed to work on its network. As of right now, there are nine unlocked, SIM-free phones that Sprint allows, and that number will likely grow with each passing year. While this is a great thing, there are definitely some obstacles with getting a SIM card which, in turn, can make activating one of these devices a less-than-pleasurable experience.

Sprint still runs its network with an iron grip as far as the devices allowed on it. In order to be permitted on the network, your device's IMEI must be white listed in the carrier's activation system.

Straight Talk offers good deals for mobile service on the big national networks (it's an MVNO), but the deal is getting a little sweeter today for anyone who brings their own phone. The standard plan will now offer 5GB of unthrottled LTE data instead of just 3GB. The price is staying at $45, and the increased data takes effect on your next monthly "refill" date. 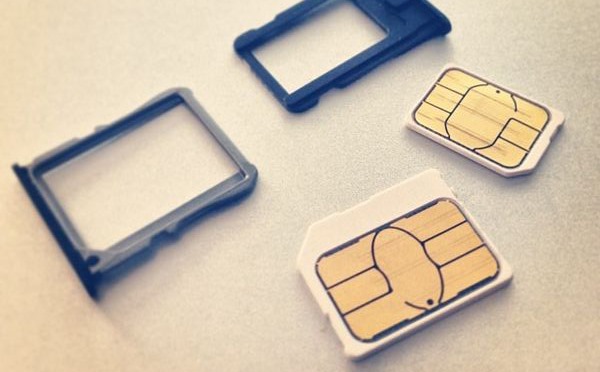 In an ideal world, a phone's SIM card would work with whichever carrier you choose. No having to sell a Verizon HTC One to switch to an identical one on Sprint. A device with a carrier-free SIM card could go wherever its owner wanted it to. The only problem is, such a product is currently illegal across most of the planet. Only in the Netherlands is the story starting to change. There, a recent change in the country's Telecommunications Act means its residents may soon be the few in the world whose cards aren't legally tied down to a specific carrier.

Pre-paid smartphone users were in an uproar a few months ago when Straight Talk stopped selling AT&T SIM cards to new customers. At the time, all we were able to ascertain was that the cards were sold out online, but a few retailers like Walmart still had some in stock. Well, they're back – in a limited sort of way. 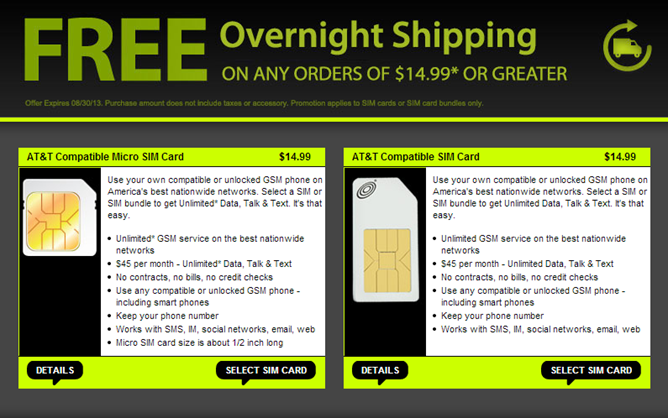 When you go through the sign up process, the website will only show you T-Mobile or AT&T cards for a given ZIP code. Straight Talk seems to prefer T-Mobile in many areas where both are available, though. For example, in my ZIP code AT&T and T-Mobile both have good coverage, but I only see T-Mobile SIMs after inputting the ZIP.

Almost all the GSM phones released in North America have a single SIM card, but there are a lot of areas of the world where having a dual-SIM device is a big advantage. These devices can utilize two networks at the same time for calls, data, and SMS. For when two just isn't enough, LG is going to soon offer phones with three SIM slots. 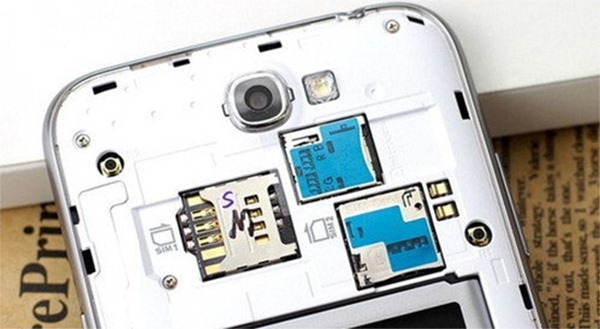 LG is teaming up with MediTek to create the new triple-SIM devices, which will almost certainly never arrive in the US. We don't even have three legitimate GSM networks to connect to. The devices will essentially be capable of grabbing data from one network, receiving an SMS on a second, and having a voice call on a third all at the same time.

We've been hearing for the past few days that users have been unable to get new AT&T-compatible SIM cards from Straight Talk and Net10 websites. The only option seems to be the T-Mobile SIM. This was causing quite a bit of consternation as the Nexus 4 is finally starting to ship again. The complete absence of AT&T SIMs from both sites led many to wonder if AT&T service was no longer being sold by these Tracfon-owned entities. Well, we've investigated and there appears to be no cause for alarm. 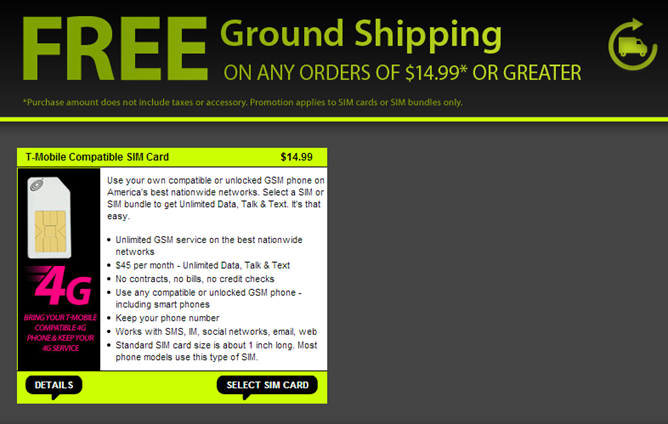 Straight Talk and Net10 are mobile virtual network operators (MVNO). That means that neither company runs its own towers – they just buy access from the big carriers.