I'm going to be up front: I want Glass. I'm thoroughly intrigued with the idea, I love the possibility of having an always-available camera that sees whatever I see, and completely hands-free Google sounds like a perfectly natural progression of the things like Google Now and voice actions. In the world where personal digital assistants seem commonplace, why should we not expect those things to be always accessible and visible?

Well, apparently there are a lot of reasons.

Verizon just announced a new handset for its 4G LTE network, claiming it's the "perfect crossover for basic phone customers switching to a smartphone." What makes it perfect, you ask? The device features a "dual-interface" setup, allowing users to choose between "starter" and "standard" mode. Basically, while power users try to get their devices to to as much as possible, the Marauder allows users to dumb-down their smartphone. How ironic. 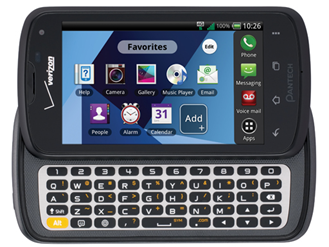 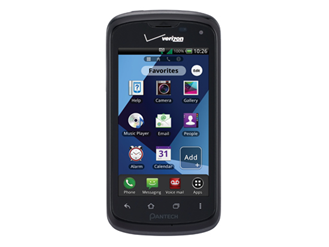 There's probably some appeal there, as the device also packs a slide-out QWERTY keyboard, but some rather modest specs for a budget device:

For those interested, this simpleton of smartphones will be available beginning on August 2nd for $50 after a $50 mail-in-rebate.