Google’s YouTube TV offers over 85 live television channels in its basic $65/month subscription tier, but the company has been experimenting with specialized add-ons to offer consumers more choices. The Sports Plus add-on was introduced last year, and now Google is debuting Entertainment Plus — a bundle of three popular networks that could save you up to $60 a year. There are a few ways to get streaming access to Showtime's content on your Android devices, but now it's more than just streaming. The network has announced that users of the Showtime standalone streaming service and Showtime Anytime can now download content to watch offline. You would think that a streaming video app for a TV channel would support Google's TV platform, but before today you'd be mistaken in the case of Showtime Anytime. There is finally a version of the app with Android TV support.

Watching TV doesn't mean what it used to. Not only can you choose which streaming services to commit to, but you now have multiple ways to subscribe to them. Amazon is adding another option for the likes of Showtime and Starz via its new Streaming Partners Program. For years now, customers who wanted to stream the likes of Showtime or HBO over the Internet have only had the option to do so if they paid for access in addition to an expensive cable plan. Fortunately 2015 has seen a shift. The option to pay $15 a month to get HBO Now without dealing with all that other tomfoolery launched on iOS in Spring before coming to Android this summer. During

All things considered, this is still a cheaper way to get your hands on Showtime if you're already a Hulu subscriber, as paying for its upcoming app separately would cost $11 on its own.

Why are we covering this now? Well, Showtime says that it will announce additional platforms soon. So, chances are we'll get it eventually.

Showtime Anytime is how people with an appropriate cable subscription can peruse the channel's content on their phone or tablet. Unfortunately, the app doesn't work on just any internet connection. Your provider has to make the list, and starting today a couple more have joined the ranks. Now people who rely on Time Warner Cable or Bright House Networks to get online can take advantage of Showtime's Android app. 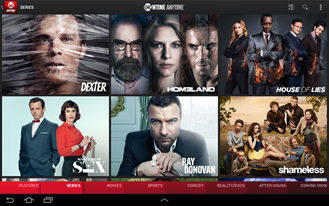 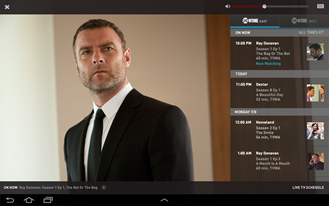 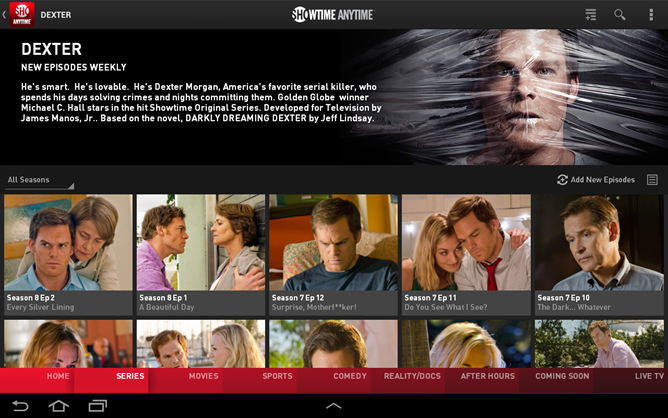 In addition to support for new ISPs, the new update also lets users remain signed in for longer. This should stop you from having to log in every 24 hours.

The free-roaming environment seems like a neat idea, and from the screenshots it looks like many of your favorite locations have been lovingly recreated.