Google's office suite in the cloud can handle a number of Microsoft's Office formats, a necessity born from the sheer entrenchment of the competition. The search giant isn't bitter though. Rather than shun the task of working with the various file types out there, it has added support for converting 15 more. The list includes less common formats spread across Docs, Sheets, and Slides.

After converting the documents, you're free to edit them as you would any other.

Google Docs, Sheets, and Slides have all received some love today, though the visual changes here are minor. For the most part, these apps were already all material-ed up, and while this update does dot some i's and cross some t's, it doesn't quite leave us satisfied. Fortunately that's not all there is to see here.

Let's get the biggest visual tweak out of the way first. Yes, Google has changed the hamburger menu icon in the action bar.

The downside to cloud services is that they're of absolutely no use when they're not available. Today Google Docs, Drive, Sheets, and Slides have all been unavailable for some of the people that have come to depend on them.

Google is aware of the issue, and it's showing a service disruption for each service on its apps status dashboard page. This is delineated in the screenshot below by the presence of an orange icon next to Drive, Docs, Sheets, and Slides.

Just like the Docs app, Google's Sheets client has been updated today with an Android L fix and plenty of new features that make QuickOffice obsolete. The improvements are very similar to Docs, but it mimics Excel instead of Word. 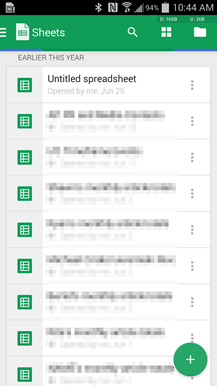 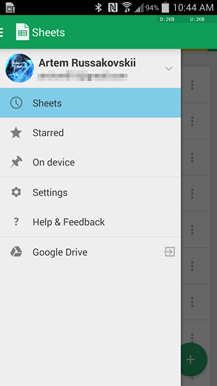 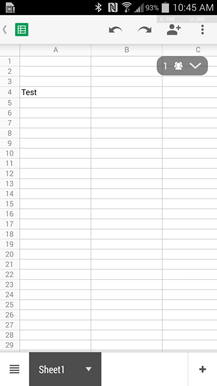 Google I/O is barely under way and already Google is dropping news that would be considered huge on any other day. The latest – the third piece of the Google Drive app troika has been announced. Presentation app Slides is now live in the Play Store. 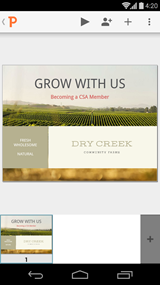 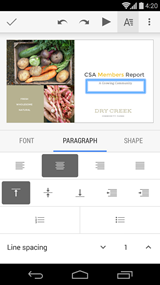 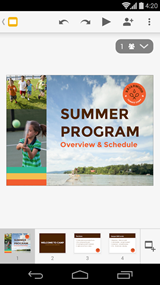 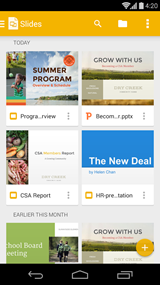 Just like the previously released Docs and Sheets apps, this one plugs into Google Drive to give you full editing and document creation capability using Google's presentation tool.

For over a few hours on Monday, several Google services came crashing to a halt. Users all over the world were unable to send messages via Hangouts, engage in video chats, or check Google Voice. Some people trying to create spreadsheets with Sheets were met with 502 errors, and people taking advantage of the multi-player aspect of Google Play Games were also affected. All of this apparently resulted from an oops during a routine hardware maintenance event where the company miscalculated available capacity.

With people relying on Google's office suite more extensively as a result of its Android integration or the inability to use much of anything else on a Chromebook, the company needs to do more to fill in the gaps in the software's functionality. So now the company has rolled out add-ons support for Google Docs and Sheets (the new version). Similar to browser extensions, these tools provide additional features and third-party integration that enhance what the two programs are capable of.

Google is rolling out support for 18 new languages for Drive, Docs, Sheets, and Slides today, bringing the total up to a whopping 65. Users can switch back and forth between languages as often as they want, and collaboration is supported across languages. The new additions are supported on mobile devices as well, so shoot your long distance friend an invite and give the new languages as go. 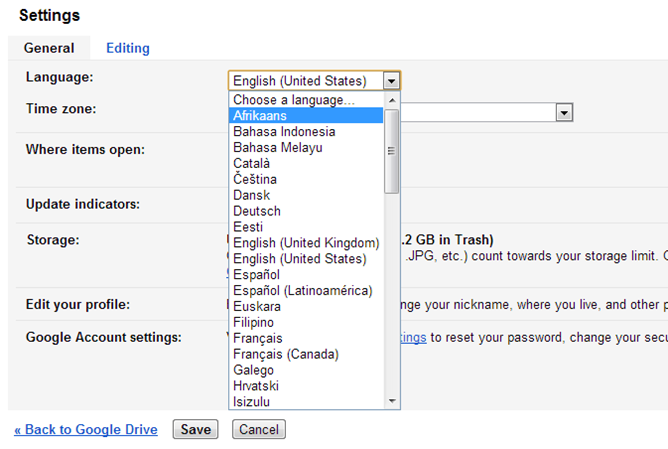 The new languages are:

To change the language on your computer, simply click the gear icon within Google Drive and select Settings.