Marvel recently revealed at PAX East 2020 that its next game is coming to mobile as an open-world RPG called Marvel Future Revolution. This title will serve as a sequel to Netmarble's Marvel: Future Fight (not to be confused with the upcoming sequel for Contest of Champions), but instead of the linear design of the original title, Future Revolution will offer the same action combat wrapped up in an open-world design. Zeptolab's gaming portfolio looks a little one-dimensional. After Cut the Rope, Cut the Rope HD, Cut the Rope 2, Cut the Rope: Experiments, and Cut the Rope: Time Travel, the developer only has two games in its Android portfolio that don't feature that tiny green monster. In the latest update, said monster gets considerably less green. Cut the Rope: Magic is now available in the Play Store for Android devices running 4.0 or later, and it has the now-standard $.99-99.99 in-app purchases. Developer Scott Cawthon has an output schedule that would make the producers of the Saw movies jealous. It's been just under twelve months since the original adventure-horror game Five Nights at Freddy's was released on PC, followed by the second entry in the series in November of last year and the third in March. The latest version, Five Nights at Freddy's 4, gets an almost simultaneous release - it came out for Steam on Thursday and now you can get it on your Android phone or tablet.

Coming in four years after the previous skirmish, Brothers in Arms 3 has stormed into the Play Store with a battalion of fresh troops, air support, and vastly updated graphics (erm, there goes the metaphor). That last point is the real draw here. Gameloft teased Brother in Arm 3's eye-melting visuals over the summer, and the final product hasn't fallen too far off the mark. The studio has taken its time with this game, and it shows. 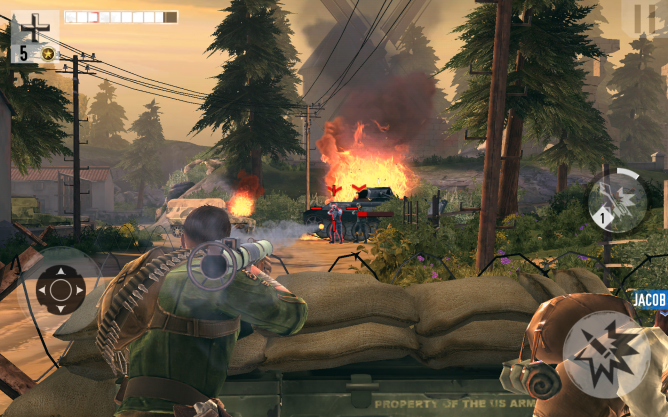 Brothers in Arms 2 was a first-person shooter. The sequel shifts the perspective to a third-person perspective, and the gameplay has changed as a result.

Bridge Constructor is a popular physics-based game that tasks players with - wait for it - building bridges (I know, I never would have guessed that one either) over various types of terrain. If the structure can survive the weight of traffic, you know you're doing it right. Now the game has received a sequel, Bridge Constructor Medieval, that takes the same concept and applies it several centuries in the past. 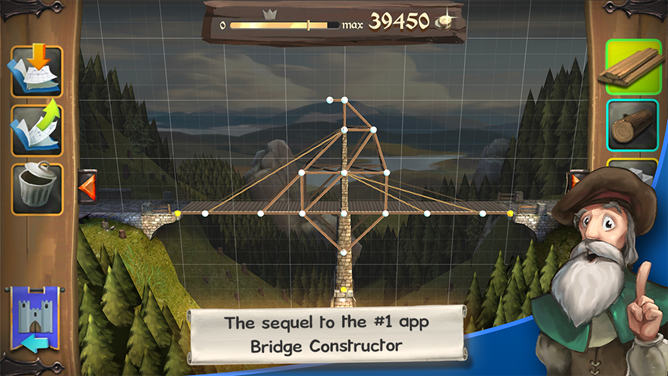 Instead of bearing the weight of cars and moving trucks, this time your work must be able to withstand the pounding boots of your armored troops. Help your men safely transverse valleys and rivers, all while shielding them from attacks and carefully demolishing your work when enemy soldiers start to advance.