Last month we posted an article examining some very significant changes to the way SD cards could be accessed and how Google's partner OEMs had begun enforcing these restrictions with Android 4.4. There can be no doubt, a lot of people were displeased to see their expandable storage crippled. While some have vowed to never update to KitKat, and others have turned to custom ROMs that don't enforce the same rules, there are still many people that still want to have the best of both worlds.

In recent years, Google hasn’t exactly been known as particularly hospitable toward SD cards with regard to its Android operating system. This theme is most often associated with the Nexus line of devices - the Nexus One was the only such handset to ever offer expandable storage. But despite arguments from Dan Morrill and Matias Duarte suggesting this stance is about keeping the Android interface simple and file picker-free, people still want more space.

We've heard more than a few laments from HTC fans about the lack of an expandable storage option for the flagship HTC One. If you still want a One with a MicroSD card slot (and you happen to live in the United Kingdom), HTC is about to make your dreams come true. The HTC One model 802w, with a removable back panel revealing dual SIM slots and a MicroSD card slot, is now being offered as a pre-order.

Expandable storage seems to be dying off in Android. The excuses reasons are varied, but the writing seems to be on the wall. Of course, each time a new flagship rolls off the line sans microSD slot, fans cry out in frustration. SanDisk is taking on the challenge of making an accessory meant to bring expandable storage to any device. The result is called SanDisk Connect, a pair of portable drives with Wi-Fi that your phone or tablet can connect to for file storage or content streaming.

Update: It looks like stock for the online store is depleted. If you've got a Fry's store near you, you might still be able to select in-store pickup. Here's a list of retail locations.

Happy Labor Day, Americans! Today is the day we celebrate unwise imbibing on a three-day weekend, billion-dollar retailers hosting sales that ironically force many of their employees to work, the nigh-limitless lobbying power of unions, and oh yeah, laborers.

So, there's this extremely minor Google Music update floating around in the "rollout" ether that will take you from 5.1.1107K to 5.1.1109K. I poked around in it and found a few boring changes related to Chromecasting, but the "new feature" that some people will really notice is the removal of the SD card hack we told you about last month. 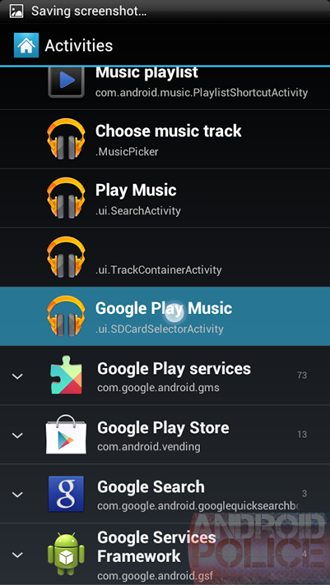 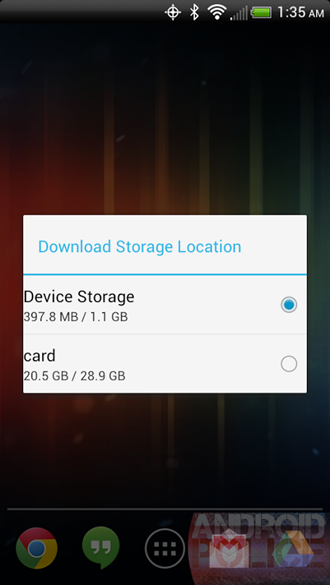 That's right, update to 1109; lose a feature. They basically killed the little activities shortcut that allowed you to set the option, and removed the SD card preference from the settings storage.

<string name="error_start_session_failed">Unable to start a session with the Chromecast device.</string>

For many users, memory cards are a very important part of mobile life. They provide extra storage when it's most crucial, allowing users to carry around thousands of songs, hundreds of TV shows, or dozens of movies to watch in their downtime. Depending on the model of phone in which they reside, they could also mean the difference between having enough space for Grand Theft Auto instead of Angry Birds. 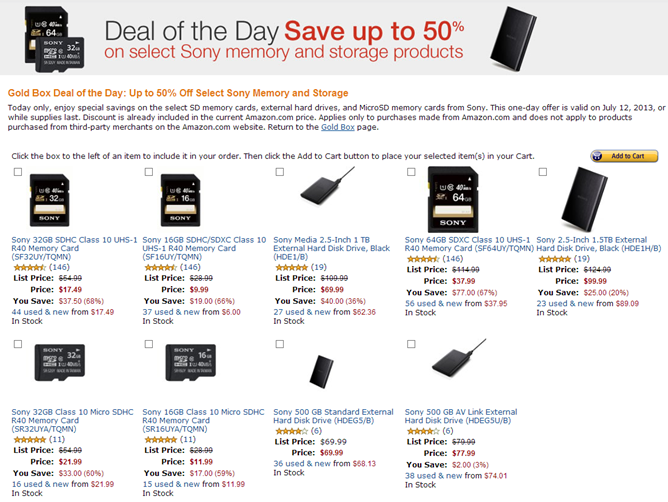 If you're in the market for newer, faster, or just larger microSD (or even standard SD) card, then today's Amazon Gold Box deal is one you won't want to pass up.

It's that time again, boys and girls: Amazon is having another massive Gold Box sale on SanDisk-brand memory cards and other storage mediums. Specifically for mobile devices, the SanDisk Ultra 32GB MicroSD (SDHC) card with a free card reader is just $21.99, a savings of 69% off the retail price. The 64GB (SDXC) version of the same card is $42.99, 57% off the retail price of a hundred bucks. Both are currently in stock and qualify for Amazon Prime free shipping.