Google isn't traditionally known for the quality of the displays in its smartphones, but with the Pixel 4, it seems like it's turned things around. DisplayMate has awarded the phone an A+ rating, its highest possible score. Corning announced the newest version of its ubiquitous Gorilla Glass today. Gorilla Glass 6 is, as you'd expect, the strongest iteration of the material to date, less likely to break than previous versions when dropped. The new glass was engineered not only to survive drops from greater heights, but also more drops over time, Corning says. Since time immemorial, DisplayMate has done a review on the screen of Samsung's upcoming flagship just before launch. Well, it's that time of the year, and they're at it again with Samsung's Note8. As you'd expect, all the numbers look pretty fantastic. But the most shocking by far is the 1,200 nits of brightness that Samsung's latest can spit out. I hope everyone saved their eclipse glasses.

LG continued the resolution war last spring when it announced the LG G3 with a 2560x1440 LCD. The display had good sharpness, but the brightness and colors were not great. LG says it has a new and improved 5.5-inch LCD ready to go, and it's going to be used in its "forthcoming flagship smartphone," meaning the G4. 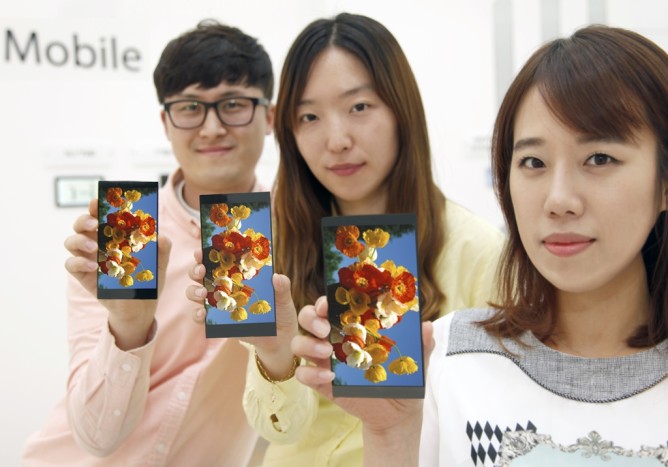 The new panel has the same 1440p resolution for a whopping 538 pixels per inch. LG says the new LCD will have much more vibrant colors with a 120% sRGB color gamut. Contrast will be 50% higher than the G3's panel, and crucially, the brightness has been improved by 30% without an increase in power consumption.

Move over, Sharp: LG wants to claim your crown for the "world's thinnest bezel." Modern smartphone designs are bumping up the screen and slimming down everything else, as evidenced by the latest flagships from, well, just about everywhere. LG is hoping to continue that trend with its proprietary "Neo Edge" design. The first production screen in the series is a 5.3-inch 1080p panel with bezels of just .7mm. That's about as thin as the graphite in a typical mechanical pencil.

That's not quite as magical as it sounds. Like the screen on the eye-catching Sharp Aquos Crystal, the controller and connective layer for the screen still need to be embedded on one side, leaving that thin bezel around only three edges. 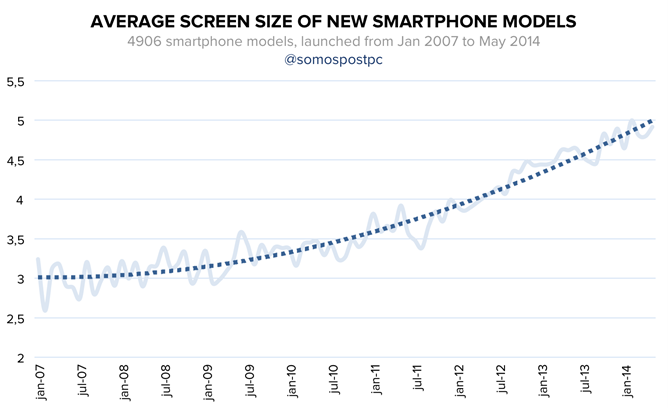 First of all, smartphones in general and phone screens in particular have been on an upward slope ever since the release of the original iPhone seven years ago.

Phones are always getting thinner. For whatever reason, that's a metric that matters to the general public more than battery life. As the phones slim down, so do the screens. LG is stepping up its display game by producing the thinnest 1080p LCD in the world. This 5.2-inch panel is only 2.2mm thick and has a 2.3mm bezel. This is about as svelte as you can make a bezel without getting into those wacky bending screens that pop up at tradeshows, but never in actual devices. Though, the bezel on an actual device would be a bit wider due to the housing and screen mounts.