You know how a traditional photo lab works, right? You go into a red room with your film negatives and treat them with developer, stopper, fixer, and clearing solutions until you get a visible, accurate result. Well, what if you want to develop and print a photo taken with your phone? It's simple: buy Polaroid's $130 optical scanner-printer called the Polaroid Lab. There is no shortage of applications for scanning documents into PDF files — Google Drive, Dropbox, Microsoft Office Lens, and CamScanner are just a few. Adobe created its own scanner app in 2017, which offers integration with Acrobat Reader and the company's cloud storage. An update has just been released that makes the app even more powerful, with new modes and other features. As someone whose only car is a 23 year-old V12 BMW, I have a deep understanding of the need for a quick and easy way to pull codes from your car when that pesky 'check engine' or 'service engine soon' light comes on. For this reason, I have a Bluetooth OBDII scanner that I can quickly plug into my OBDII port to check what's wrong with my car this time. BAFX's 34t5 Bluetooth OBDII scan tool is just $13.99 on Amazon right now, representing a price drop of over 50% from the MSRP. There are a number of useful scanning apps on the Play Store that allow you to take photos of documents and turn them into digital copies. In fact, I wonder if proper scanners are even still sold anymore, such is the ease with which their purpose can now be fulfilled by a smartphone. Adobe Scan is one of the most popular examples of such an app, and its latest update makes it more powerful than ever. Google is pushing out a new version of the Play Store for Android users around the world. Like most updates to this version, there really aren't any notable changes showing up already, but there are a few interesting things hidden beneath the hood. There are some new features focused on improving security for apps that are updated from unexpected sources and making its security scanner more visible to users. There's also a plan to move notification settings to their own dedicated screen.

After being released a month ago, one of the main criticisms of PhotoScan, the new simple-but-clever photo scanning app by Google, was that the pixel resolution of the final scan was too low: it was capped to 2000 pixels on the long side. The maximum pixel count was 4 megapixels, but most people were seeing lower quality than that because, Instagram and copycats aside, most pictures are not square.

The dream of the 1990s was a paperless office, a digital wonderland where no one would ever have to change a toner cartridge again. That, um, didn't work out - for the love of Pete, some of you still have fax machines. For all those annoying times when the old dead tree world intersects with your online life, Adobe has created Fill & Sign, an app that lets you easily digitize and automatically fill in paperwork. Yes, you can even put your signature in there. 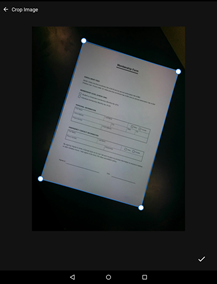 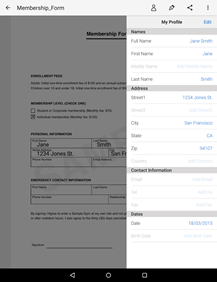 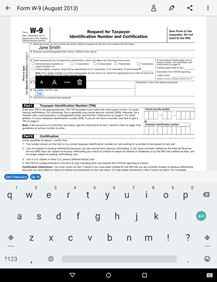 This sort of thing has been done before: point your phone's camera at a form, snap a photo, and the app will automatically crop, re-orient, and clean up the page for digital formatting.

We knew that Android 4.2 would see the introduction of new security features both on your device and in the Play Store, but Computerworld got a chance to speak with Android's VP of Engineering, Hiroshi Lockheimer, about the platform's beefed up security measures, specifically Android's new real-time app scanning utility.

The scanner builds on the functionality of the Play Store's existing security features by bringing app-scanning security to the frontend, scanning incoming apps from third party sources (including apps like Amazon's App Store).

The service is of course "opt-in" – when you first install a third party app on your device, you'll see a friendly popup asking if you'd like Google to check on all your incoming apps for "harmful behavior." The decision to include this feature, according to Lockheimer, came down to the idea that "security [is] a universal thing.

While Android devices may not be designed to replace the common desktop/laptop, that doesn't mean they can't be used for productivity. And one of the best uses for a device like a tablet is to stay organized. As such, it's not uncommon for users to want to store important documents within their devices. The problem is: how do you get a document from paper to digital without having to go through the trouble of first using a computer? Enter Accusoft USB Scanner. 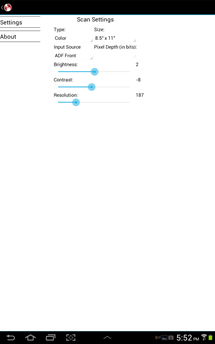 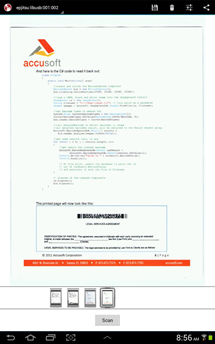 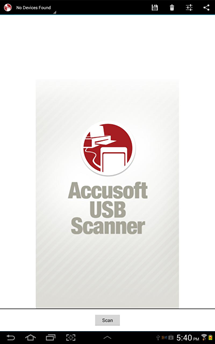 Just likes its name suggests, USB Scanner allows you to interface with a USB scanner directly from your Android device.