Samsung has just sent out official invites to the company's Unpacked 2014 Episode 2 event, and Note's the theme. There will be simultaneous Unpacked press conferences in Berlin (IFA), Beijing, and New York on September 3rd. The event will start at 9AM EST in New York, 3PM in Berlin, and 9PM in Beijing. 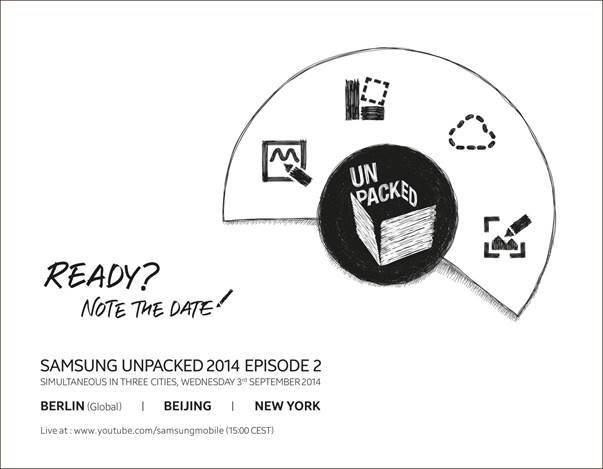 We'll be live in Berlin for this latest Unpacked, widely assumed to be the debut event for Samsung's basically-imminent Galaxy Note 4 smartphone, though there could be surprises in store, like Gear VR - you never know with Samsung.