The Galaxy S20 series is finally available, but given the $1,000 price for just the base model, it's certainly not a good choice for everyone. For those of you not comfortable with spending that much on a phone, Samsung is keeping the S10 series around, and dropping prices in the process. You can now get the 512GB Galaxy S10 for just $699.99 on Amazon, which is the lowest recorded price yet for this model.

Samsung is chugging right along with their "Next Big Thing" campaign, and has released yet another spot. For those of you who don't know about Sammy's latest ad campaign, it's centered around the Samsung Galaxy S II, and pokes fun at iPhone fanatics standing in line to get their hands on the newest model. Basically, they're letting the consumer know that the next big thing is already here.

The Galaxy S II is one of the best phones on the market right now, and is the winner of our very first Android Police Andy Award for the Best Non-Nexus Phone Of 2011.

Who wants a white Galaxy S II? Good news! Your dream is going to become a reality soon enough - if you're on T-Mobile that is. That's right, an all white version of the GSII will be landing in T-Mo stores and online sometimes before the holidays. Vague, I know, but that's all the info we have right now as far as availability is concerned. 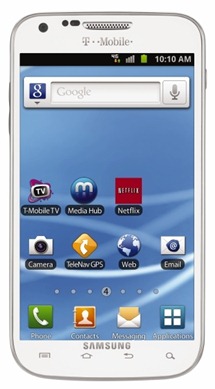 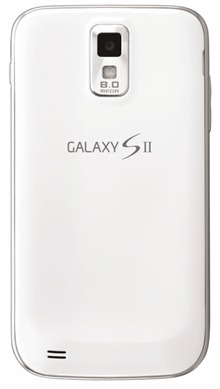 The white version will most likely share the same specs as the current, black version:

Anyone interested in picking one of these up when it comes out?

We told you about Rogers' plan to bring LTE to the Toronto area this morning, which included a mention of the LTE infused Galaxy S II. More information about this monster device has now surfaced, and it is chocked full of upgrades.

Aside from the inclusion of LTE connectivity, this device will be housing a 1.5GHz processor (most likely Exynos), NFC, and a 4.5-inch Super AMOLED display, making this the most likely candidate for beastliest device of the year.

No exact release date is available just yet, only that it will be available sometime this fall. Congrats, Canada - I'm officially jealous.

As it turns out, that wasn't a Galaxy S II variant at all, but a completely different handset that is headed to Ma Bell. BGR, the site credited with the initial leak, is now reporting that there was a bit of confusion due to the model number of the leaked handset - SGH-i927 - which was previously associated with the Galaxy S II line, but now appears have been recycled by Sammy for this new device.

With 0mie's modded version of Skype 2, video chat should be fully working on a number of recent phones, including the Thunderbolt (running Gingerbread), Sensation, EVO 3D, Galaxy S II, and Droid Charge. In theory, this should work on any phone running Gingerbread (as long as it has a front facing camera, of course), so if you test it out on any phone that we haven't already mentioned, drop us a line in the comments with the results.

While both release date and pricing are completely lacking for Virgin and Bell, you can sign up to win one at Bell's GSII landing page.