Samsung is reporting that 5 million Galaxy S II handsets have been sold globally, only 85 days after its initial launch and 40 days faster than its predecessor, the Galaxy S. This contradicts what we heard late last week, when Digital Versus reported that apparently 6 million units had been sold in "less than three weeks", however, this recent announcement from Samsung suggests that those figures may have been exaggerated.

Samsung's flagship Android smartphone has already acquired over 56% of the mobile market in Korea and has also topped the market share of 10 European countries, including the UK, France, Germany, Italy and Spain.

For those of you who've been looking for a nice deal to help beat this summer heat, Target is now offering an Infuse 4G for the low, low price of $50 on a two year contract. 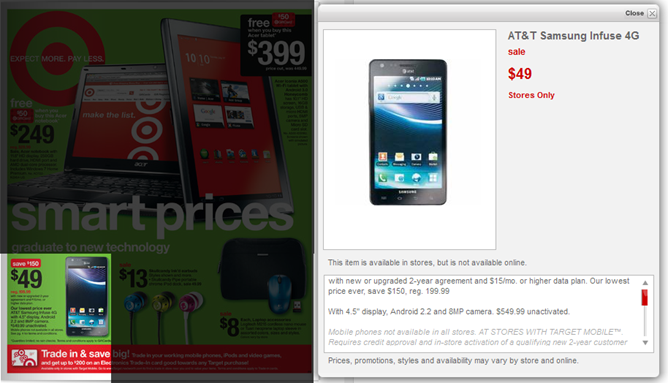 The deal requires you to sign up a new AT&T account for the pricing to take effect, and is available both in their brick-and-mortar stores and online. I'm not sure if this little caveat means that current users of the service will be left out in the cold, or whether they'll just have to renew their contracts.

When it comes to tablets, the iPad has dominated the market since it first became available back in early 2010. However, Android has been making slow strides towards the top, taking bigger bites out of iPad sales every quarter, and the figures just announced by IDC speak no differently.

In the first quarter of 2011, Android accounted for 34% of global tablet sales, which is up 8.2% from the previous quarter.

Samsung managed to sell over 10 million Galaxy S handsets in 2010, comprising roughly a third of all the manufacturer's smartphone sales. Given the Galaxy S's global launch along with its premium hardware and fair pricing, it's no surprise that device has been a big hit.

Holy crap, that was fast. Less than a month after being released in the US (and a bit longer in some parts of the world), Samsung has managed to move over 1 million Galaxy Tabs - which may or may not be surprising, given the range of opinions on the device (although I just thought it was super). Despite the Tab being available in 64 countries, roughly 100,000 of the sales are in Samsung's homeland of South Korea.

1) The phone sold out nearly everywhere, right away. Personally, I went to 3 stores and called 2 more to try to find one on launch day, without luck. I managed to order one from Sprint, but within 2 days of launch they were reporting being sold out online as well.