Local audio players have become a bit of a niche app category, with streaming services taking over most of the market. But that's also an opportunity — many beautiful players have been created in recent years, like Phonograph, Plexamp, and more. One of the older apps on the market is Shuttle, first launched all the way back in 2012, and it's been getting a little long in the tooth. But following an extensive beta phase, its developer has now finally released the stable version of the follow-up — S2 Music Player. LineageOS is the most popular custom ROM around, as it has extended the life of many phones and tablets that would have otherwise been abandoned. Even for phones still receiving software updates from the original manufacturer, Lineage can sometimes work better than the stock software, and it's a popular option for 'de-Googling' Android devices. Since our last roundup, several more phones have been added to the official Android 10 build roster (and a few have been removed). LineageOS is the most popular custom ROM out there, boasting official support for dozens of phones and tablets. The project is best known for breathing new life into older devices, and since we last covered Lineage, builds have become available for nine more phones ⁠— including some old favorites.

Watch an Alphabet-owned delivery drone get attacked by a bird Chinese AI firm Mobvoi has been a shining light in the generally underwhelming Android Wear/Wear OS space, and today it's announcing two new products. The TicWatch E2 and S2 (standing for Express and Sport) are follow-ups to the company's most affordable smartwatches, with updated designs, bigger batteries, and Qualcomm Snapdragon Wear 2100 chips (but not the new 3100). The Pixel Launcher's reach has been spreading in the past few weeks. Yes, it could always be sideloaded, but it was only initially available for the Pixel and Pixel XL. The 7.1.2 beta 2 update, however, brought it to the Pixel C as well. Now, it seems that Android One smartphones are getting a lookalike of Google's latest launcher, beginning with Y!mobile's Android One S2.

Samsung has finally made an official statement regarding its plans to upgrade current handsets to Ice Cream Sandwich (Android version 4.0), and the short list is indeed quite short:

Updates will start with the Galaxy S II and Note in Q1 2012, but that time frame likely applies to world versions of the phone, so those with American carrier-branded versions of the GSII will probably be waiting a little longer. The rest of the devices listed will "soon follow."

There are no mentions of any other possible candidates, so if your phone isn't listed, you can rest pretty well assured it won't be getting an upgrade to Android 4.0 from Samsung.

The FedEx man brought me a lovely little gift yesterday: The T-Mobile Samsung Galaxy S II. This is the last stateside arrival of the Galaxy S II family. The review will take a bit to get out the door, so until then I figured I'd whet your appetite with some initial impressions. 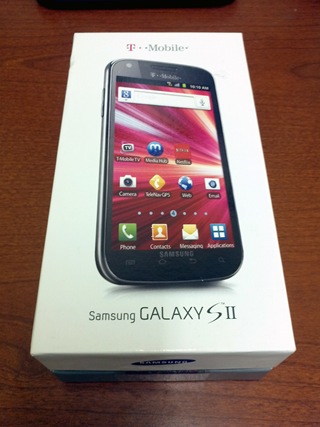 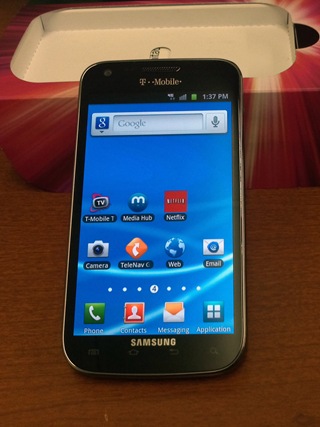 First of all, this thing is big. Really big. I have to say though, I love the design of it. It feels sturdy and very well made. Like Samsung really knows what they're doing. The plastic back has a wonderful texture to it that almost makes it feel like leather.