From the Unsurprising But Still Exciting department comes this fresh tip, via everyone’s favourite rumour rag, Digitimes. With a suitably vague allusion to “Taiwan component makers”, Digitimes claims that HTC will be leveraging their strong partnership with Google in releasing a tablet worldwide.

Much like the Galaxy Tab, HTC’s take on the new tablet market will be powered by smartphone components and will feature similar performance and design quality.

Remember that pesky rumor sparked up by Mashable a while back, claiming that the Incredible would be receiving the Froyo OTA update right about now? Well, if you are still clutching your phone and frantically checking for system updates as the day 08/18 draws to a close … you can take a rain check on that system update. Tweeted out earlier by the Verizon Wireless support account @VZWsupport, there is no confirmed date for the Froyo release and it will not be happening today.

A rumor is going around, supposedly confirmed by multiple sources within Sprint, that the Sprint's infamous SERO employee referral plan is going to start accepting Android and WebOS phones come October 1st. It is currently not possible to use these devices if you belong to SERO; this has been a long-standing woe of many SERO users wanting a piece of the Android action.

For those who have never heard of SERO, in short, it's a discounted plan, available via an employee referral but widely available to anyone able to google, read, and browse through a few pages of a an online forum.
Read More
Updated 05/25/2010, 6:06PM CST: An anonymous tipster from inside Google let us know that this is actually a release candidate and not a test build. The distinction is important, because a release candidate may end up being the final release unless bugs are found that require attention.
Updated 05/25/2010, 4:50PM CST: Our contributor Nate Kimmey pointed me to this update by Google employee Ry Guy on the Nexus One support forums:

Thanks for the responses! 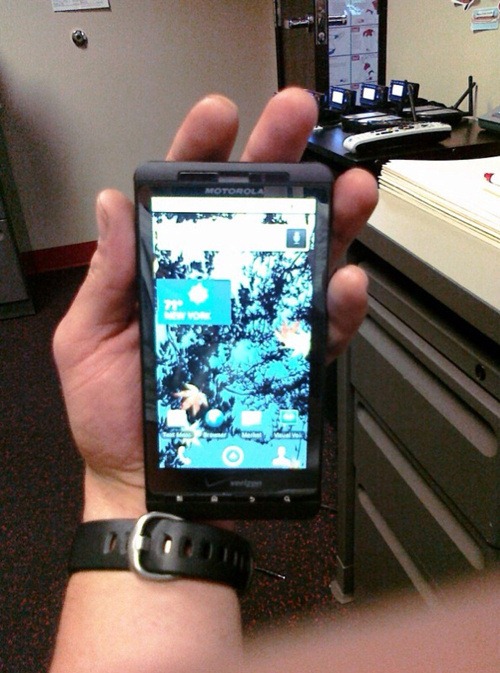 A user over at Howard Forums has leaked what appears to be a ‘Getting Started’ manual for an as of yet unknown Motorola phone. Rumor has it that this is the Motorola Shadow/MB810, a phone that we’ve seen in random leaks here and there for the last few months. 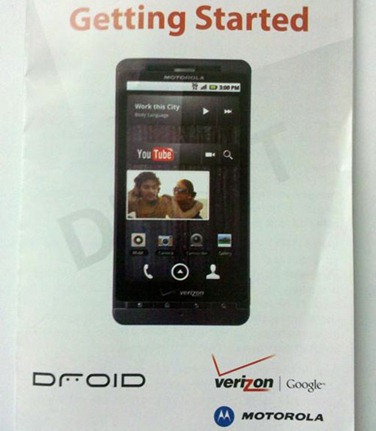 Apparently it’s an ultra-thin slider, which has some speculating that it will be Verizon’s follow up the original Droid. If this is in fact the MB810, then we know a little bit about the expected specs:

This info all came via Engadget’s past coverage of the device here and here.

What a day this has been at the Google I/O!

I have run around and talked to numerous extremely interesting people, including Googlers who have hinted (nothing is official until it's announced tomorrow and, of course, they could be trying to trick us) and pretty much unofficially confirmed some very interesting details about Android 2.2, also known as Froyo.

First up, I have confirmed that JIT will definitely be included.