Game news from E3 is in full swing, and just yesterday EA announced at its event in LA that the company was returning to an old franchise. Command & Conquer should be a familiar title for those of us that grew up playing PC games in the late 90's and 00's, and EA has just announced the first new game to bear the name since 2012. Command & Conquer: Rivals is an all-new PVP real-time strategy game designed for mobile, and it's already available in "pre-alpha" testing on the Play Store.

Iron Marines is an all new real-time strategy game from the developers who created the popular Kingdom Rush tower defense series. Instead of the familiar fantasy setting used in the Kingdom Rush games, we are now treated to a beautifully colorful sci-fi locale. While this is a premium RTS that is priced at $4.99, it's worth keeping in mind that the developers have included in-app purchases that range all the way up to $99.99. Let me tell you about my life a little over a decade ago. I bought a PC strategy game called Hegemonia (AKA Haegemonia) on a whim in 2002. I played the campaign mode of that game no fewer than four times. It was fantastic. Now it's on Android, and this may be the last you hear from me until early next year. That is, of course, assuming it's still fun to play on Android. 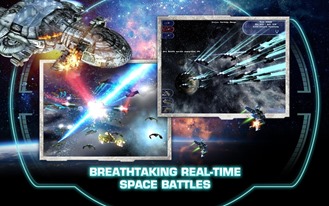 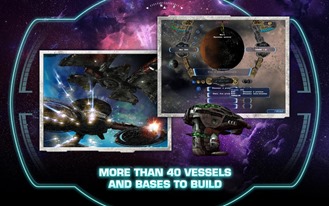 Welcome to the latest entry in our Bonus Round series, wherein we tell you all about the new Android games of the day that we couldn't get to during our regular news rounds. Consider this a quick update for the dedicated gamers who can't wait for our bi-weekly roundups, and don't want to wade through a whole day's worth of news just to get their pixelated fix. Today we've got a classic strategy game, an adorable domestic terror simulator, a twitchy multi-touch title, and another entry for They Need To Be Fed. Without further ado:

As the Android gaming landscape grows, there are more than enough role-playing games to keep the enthusiast happy, and lately we've been getting some pretty decent real-time strategy as well. But if you like to mix your genres Reese's style, Armor Games is happy to oblige with the redundantly-titled Warlords RTS: Strategy Game. It's a traditional RTS, like Warcraft, with added RPG elements. Like, uh, World of Warcraft.

If you're an old hat at strategy, you know how this goes: get through the fantasy-themed campaign by cunningly building camps, deploying units, and upgrading your army. But there are also hero units thrown into the mix, which are super-sized versions of the standard warrior/mage/ranger mix.

Welcome to the latest entry in our Bonus Round series, wherein we tell you all about the new Android games of the day that we couldn't get to during our regular news rounds. Consider this a quick update for the dedicated gamers who can't wait for our bi-weekly roundups, and don't want to wade through a whole day's worth of news just to get their pixelated fix. Today we've got a new Tin Man game book, a Disney endless runner, a modern take on Space Harrier, and a zombie game that might actually be worth a look. Without further ado:

Another week (or so), another Choose Your Own Adventure-style RPG book from Tin Man Games.