Do you like playing games? Do you like solving puzzles? Do you like to set things on fire while you play games that make you solve puzzles? If you answered yes to the last question, men in white coats will by shortly to escort you to a facility where you will be weaned off this destructive behavior. Firstly, by substituting actual arson with Burn It All. This game gives you mazes of rope puzzles to solve by leading the flame from that Animaniacs skit around obstacles to burn sweet, flammable rope. 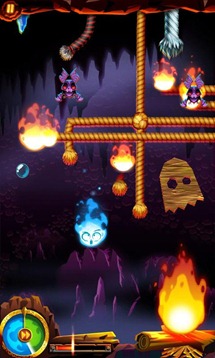 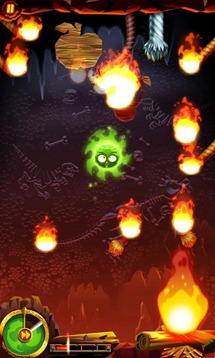 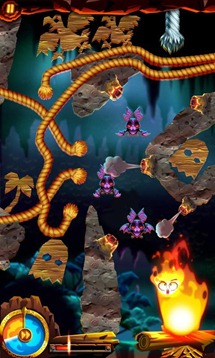 In this game, you have to slowly burn away all the rope by moving your ember buddy from his fire to the exposed ends of rope.

ZeptoLab, following up on the wild success of Cut the Rope, has released Cut the Rope: Experiments to the Google Play Store, with new characters, gameplay elements, and other features that set Experiments apart from the original in a handful of ways.

In Experiments, players will still try to feed candy to the adorable Om Nom, but will follow a new storyline, in which Om Nom is dropped off at a "mad (but not bad)" scientist's lab. The scientist (Professor) will pop in every once in a while to provide convenient commentary, and guide players through each of the new gameplay elements, which range from rope guns to suction cups, rockets, and water.

Google even has a page for developers and copyright holders to submit DMCA takedown requests for apps on the Market. Google's form guides you through what information is needed, and how to identify the apps in question - really, it makes the whole process quite simple.