[Heads up: to use this application you'll need root permissions on your phone or tablet. If you don't have them, you can stop reading here. Now, we continue with our regularly scheduled blog post.] Yesterday we found out about a new Google Now card that can show you changes in the prices of airfare based on recent searches. At least one developer isn't interested in waiting for Google to rollout new Now cards, and found a way to switch them on manually - even the ones that aren't public just yet. 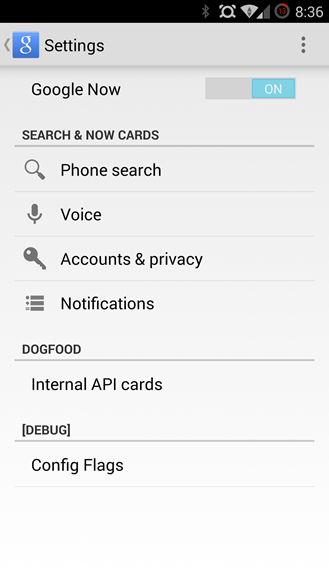 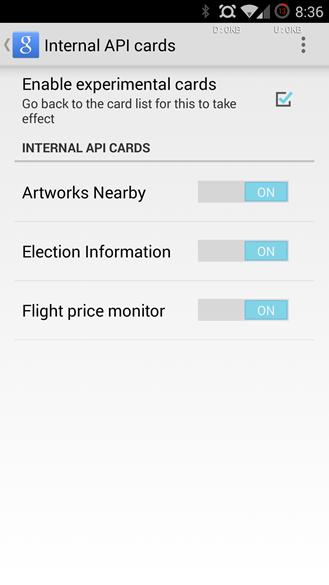 Meet UnleashTheGoogle, an app from developer Zhuowei Zhang. It gives root users a panel in the Google Search settings menu that unlocks all kinds of interesting API tests, not to mention experimental Now cards.

It never ceases to amaze me how much rooted users can get done with the Xposed Framework customization engine. The latest add-on module lets you expand the somewhat basic canned responses available on Android Wear-enabled text messaging apps. With WearResponses, you can add in just about any custom message to the list that appears on your watch, which should be handy for specific work replies that are too unique for voice detection. Like "GB419 is ready to ship," or "Horiguchi wants the meeting changed," or "SOON BACKANSWER!" 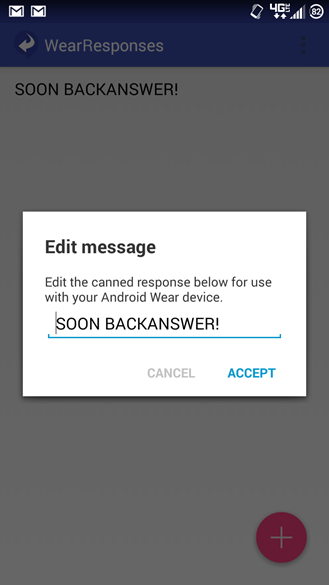 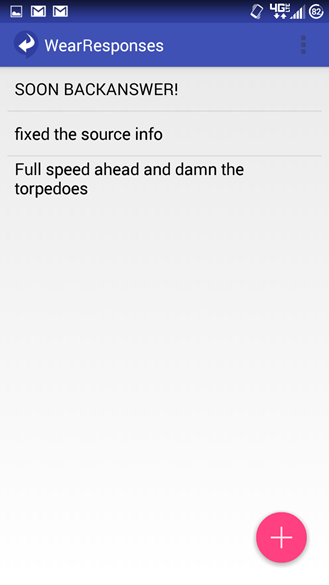 After installing the Xposed module and restarting your phone to activate it, WearResponses guides you through creating, editing, and deleting canned responses. 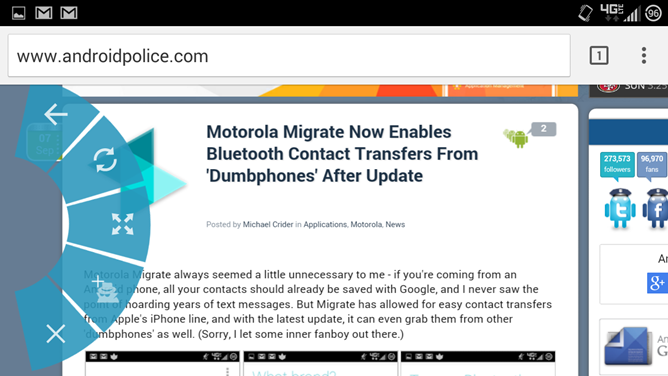 The old AOSP Android browser actually had a settings menu option for controls very similar to PIE, activated by swiping in to the page from the side of the screen.

Over the years, Google has been shoring up security on Android in a bid to make the operating system more attractive to governments and businesses, and to reduce the threat of malware for regular users. Unfortunately, these changes often come at the expense of flexibility in our beloved platform. As we close in on the next major release of Android, due to be announced next month, SuperSU developer Chainfire has discovered a set of commits to the Android Open Source Project (AOSP) that may seriously impact some of the functionality currently enjoyed by many root users. In a post on Google+, he describes how a set of recent changes to the SELinux implementation will completely cut off write access to system to anything but recovery.

Another month has come and gone, which means a ton of app posts on Android Police to sift through. In point of fact, there were fewer notable apps released in March than in the last few months - that's why our primary picks are down to just six. But most of these should be useful to most users, with Per-App Modes and Pixl Preview applying only to root users and Photoshop owners, respectively.

Every once in a while, an app comes along that fundamentally changes the way you use your phone.

The Xposed Framework has become a go-to modification tool over the last year or so, bypassing the need for custom ROMs for some devices and introducing all kinds of interesting tricks and hacks for rooted users. The latest version of the framework adds some interesting features. Owners of LG, Sony, and Meizu hardware will be happy to know that version 2.5 better supports stock and custom ROMs for their phones and tablets. 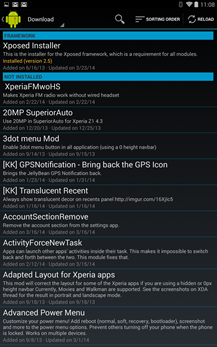 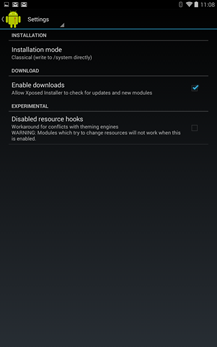 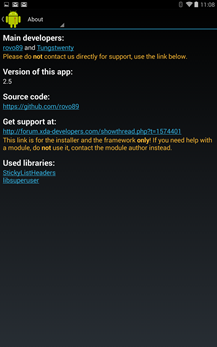 Xposed modules have a tendency to blow up, either from errors in the module itself or (just as likely) being applied to the wrong device or ROM.

Much of Android's development is done out in the open, which is how several Android developers noticed that a recent commit to the Android Open Source Project master tree would break many of your favorite root apps. This is the result of a newly implemented security feature, rather than an active effort to lock things down on Google's part. Nevertheless, it could result in some inconvenience, so developer Chainfire has taken to his Google+ page to detail what will happen if the change is not reverted before the release of a future version of Android. 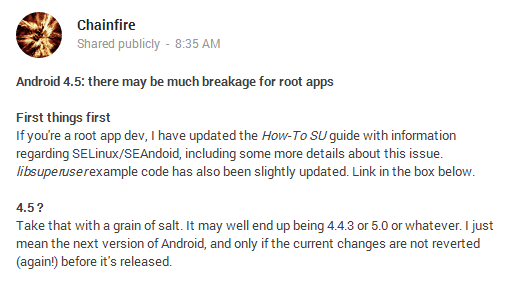 Many apps extract files to directories located on the /data partition and execute them as root, but this recent commit prevents them from doing so. 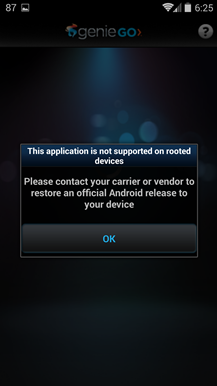 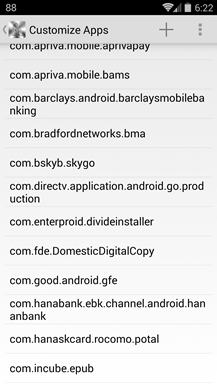 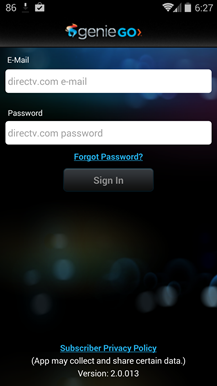 RootCloak Plus uses Cydia Substrate instead of the Xposed Framework that the original tool was based on. According to the developer, Cydia has access to deeper integration within Android via native calls, letting it successfully bypass root detection on even more apps.