Pixel season wouldn't be complete without a bunch of complaints from early adopters of possible hardware and software faults. Last year, the main controversy surrounded the terrible LG OLED panels used for the Pixel 2 XL. This year, there are a few early contenders, including what we may be calling 'buzzgate.' NVIDIA's customer service department has had a tough time of it recently. After a massive recall of last year's SHIELD Tablet for faulty batteries that posed a possible fire hazard, it's come to light that some SHIELD Android TV units will also need to be recalled. Luckily, this one isn't quite so widespread: the recall only affects the SHIELD Pro model (the one with the 500GB conventional hard drive), and even then, only a small portion of units seem to be affected. Also there's almost no chance of them exploding, which is a good thing.

According to this official post from an NVIDIA Customer Care representative, some SHIELD Pro units have hard drives that are prone to failure, making the system unusable.

OnePlus has made some missteps in the last year as it slowly rolled out the OnePlus One. For those who were able to buy the invite-only phone, the lacking customer service was a common complaint. According to a new post on the OnePlus blog, they've been working to fix that and have made good progress. So if you could please stop yelling at them, they'd appreciate it. 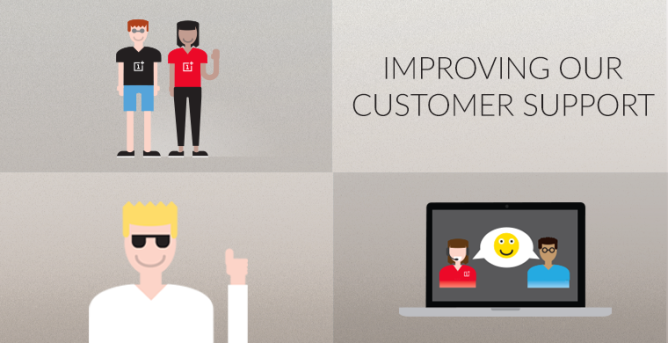