One of the best places for a smart camera is your front door. That way it doesn't record anything that goes inside the house, if you're wary of privacy issues, but it still lets you see who got near your home. And if that camera is replacing your doorbell, then it serves double purpose for security and convenience, letting you see who's at the front door, even if you're away, and talk to them to see what they need or let them know when you'll be back.

Ring makes one of these smart doorbells, and its first-gen one (the non-Pro) is currently discounted as Best Buy's "Black Friday Ad Deal." It's down to $99.99, the lowest price we've ever seen it reach. Apparently, everyone is getting into the home security market lately. Nest announced its Nest Secure system recently, and then earlier today Samsung SmartThings unveiled an ADT-infused security setup. Now it's time for Ring to announce its own suspiciously timed security system. Ring Protect comes with a keypad and some sensors, plus it integrates with Ring's existing camera products. Last year we saw the release of a wearable armband for Pokémon Go that not only allowed you to catch Pokémon but also allowed interaction with Pokéstops, all without taking your phone out of your pocket. This wearable is known as the Pokémon Go Plus. Well, it would appear that Japan is getting a new Pokémon Go Plus accessory that allows you to wear the device on your finger instead of on your arm. That's right, there's a new ring attachment available for the Pokémon Go Plus in Japan. Home security company Ring has had great success with its range of video doorbells and security cameras. The self-styled "most popular video doorbell in the world" was Ring's first product all the way back in 2014 and it quickly gained a foothold in the market. The company has since updated it with the more powerful Video Doorbell Pro, which increased the quality to 1080p but required a pre-existing hardwired bell setup. Ring is now ready to refresh the original product and has announced the Video Doorbell 2. With CES, it's more a question of who's not there, rather than who is. Ring, creators of the Video Doorbell (previously known as the Doorbot) in 2014, has a new product: the Floodlight Cam. Rather than just a security camera for your home, it is integrated with a floodlight, making it that much more useful in the dark. 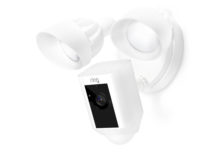 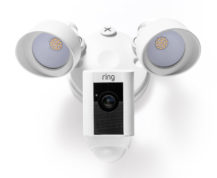 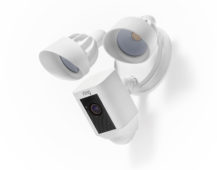 The camera is WiFi-connected (what isn't in 2017?), and records in 1080p. This video is uploaded to the cloud and accessible in the Ring app. It also has 100dB speaker, apparently the loudest of any outdoor security camera on the market (useful for a siren), and a 270° motion detector, smart LED lights, and IR night vision.

Thanks to Kickstarter and Indiegogo, there's no shortage of quirky (read: gimmicky) wearable products to throw money at. I won't pretend to understand what makes a product appealing to people, but at last I'm not the only one here at Android Police who has been baffled by some of the projects that have found crowdfunding success. So with this confidence-inducing introduction out of the way, I present to you Fin, a Bluetooth ring with gesture support that looks to be just shy of practical.

Here, let me explain myself. If you haven't yet watched the video above, here's the opening:

"You know, we've always been using our hands and fingers, for counting, taking notes, and various other stuff.

Basically, the Smarty Ring is a bit of curved circuit board, an LED screen (or two), a tiny battery, a diminutive speaker, and a Bluetooth 4.0 radio sitting inside a deceptively nondescript stainless steel ring.

I have a confession to make: I don't use ringtones. Most of the time, my phone is on vibrate, and when it's not, I insist that my ringtones actually ring. However, if I were to use custom ringtones, Ringtonium is the app I'd use to set them up. This app is beautiful. In a way that few apps are. The interface is brilliantly easy to use and accessible to even the most tech illiterate users.

Very similarly to turntable, this app might remind some folks of iOS just a bit, although this is more due to a design philosophy than any particular UI element.

Remember Airpush, the ad network that was widely considered one of the most intrusive, irritating methods of advertising in existence (so much so that Lookout released a special app to fight it off)? Well, it looks like the folks at SellARing (pronounced "sell a ring") have come up with something even more insidious.

The service lists NBC, Walmart, Vodafone, FOX, and others as among already-enlisted audio advertisers, and boasts a booked campaign calendar for May 2012, noting that they "have demand for more Android apps," while promising five-minute integration with a proprietary SDK.