Napster is back, again. The original service peaked and plummeted decades ago, but the name has staying power. It's so recognizable that Rhapsody is changing its name to Napster in an attempt to gain more subscribers.

Can Rhapsody just do that? Yes, it turns out.

Exfm had an interesting take on music discovery based on scanning blogs for MP3s that could be imported into a cloud-based player. Things seemed to be going fine as the company launched apps, plugins, and an API. Then it abruptly shut down in January. The company has hinted in the interim that something was going to happen, and now we know what's up—Exfm is being bought by Rhapsody.

T-Mobile has just announced their plans for Uncarrier part 5. The first big move of the T-mo's latest effort to shake up the wireless industry is the announcement of Test-Drive, a service through which users can get an iPhone 5S for seven days to take T-Mobile's "data strong" network for, well, a test drive. There's no down-payment, no charge, no nothing. Just get the device, try out the network, and return it at a store when you're done.

The carrier is promoting this new effort under the hashtag #7NightStand, with planned social challenges that "reward "cheaters" for sharing the dirt on the 7-day fling they're having with T-Mobile."

T-Mobile is convinced that users will come away with a yearning to not just "cheat on their carrier," but break away from them entirely, opting for T-Mobile's network, which it says is built on the idea that people primarily use their mobile devices for data now, not phone calls.

Add another couple names to the ever-growing list of Chromecast enabled apps. Rhapsody has just announced that Rhapsody and Napster subscribers can now play their tunes via the Chromecast. 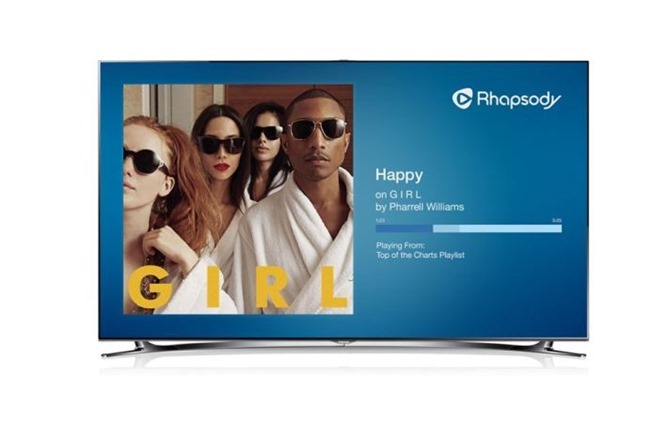 The combination is pretty powerful, as one of the biggest complaints over Spotify is its discovery problems. Slacker Radio never really dethroned Pandora, but it did offer some stiff competition. There has been relatively little overlap between radio and subscription services.

If you're looking for yet another song-matching app (really, a SoundHound / Shazam alternative), Rhapsody's got something you might be interested in - a new app called Songmatch.

Songmatch, thankfully, does not require a Rhapsody subscription, and is completely free. You can match songs against Rhapsody's library of 16 million tracks, get artist info, track listings, and more. 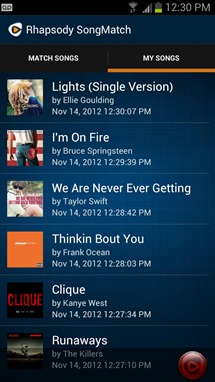 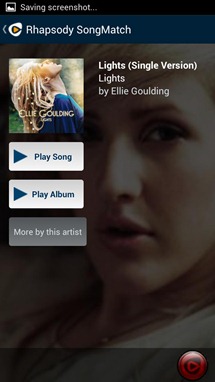 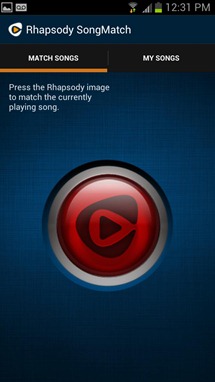 That may sound pretty basic at first glance, but it gets better if you're a Rhapsody subscriber. You can immediately launch playback of the song or the album it's on when a match is found, and Rhapsody creates a special Songmatch playlist in your account where every track you match is then saved.

This morning, I noticed an interesting thread in the EVO subsection of the XDA forums that claimed to be able to fix music streaming (which was broken in some apps after the latest OTA), while boosting 3G speeds by .2 to .6 Mbps. As the process is very simple and easily reversible, I gave it a go - but decided that I was going to use SpeedTest to benchmark the changes. Unfortunately, what I found wasn't what I expected.

Before doing anything, I ran the test three times. Before the fix my average download speed was 938.67 Kbps. After I ran the fix, my speed dropped to an average of  782 Kbps.

Looks like the Rhapsody app has just dropped on the market, only... you can't find it by searching. However, barcode scanners work, so we're not really sure what's going on. The app itself seems to feature, well, just about what you'd expect:

*Download and offline playback of your playlists!
- Download playlists and manage your downloads through the My Playlists menu.
- New toolbar with download and other options on the playlist screen.
- Offline mode displaying unique UI and available menu items.
- Settings: Clear Pending Downloads from the My Playlists menu; Force Offline Mode or Remove All Downloads from the Settings screen.