As we've noted before, Facer is pretty cool: it's a way to make or load custom watch faces and easily apply them to your Android Wear device. While the Facer app has its own built-in gallery of submitted watch faces, FaceRepo is an impressively varied alternative that allows you to browse watch faces on the web. User-submitted designs are split into round and square watch faces for the Moto 360 and G Watch/Gear Live, respectively. They should work with future models as well. 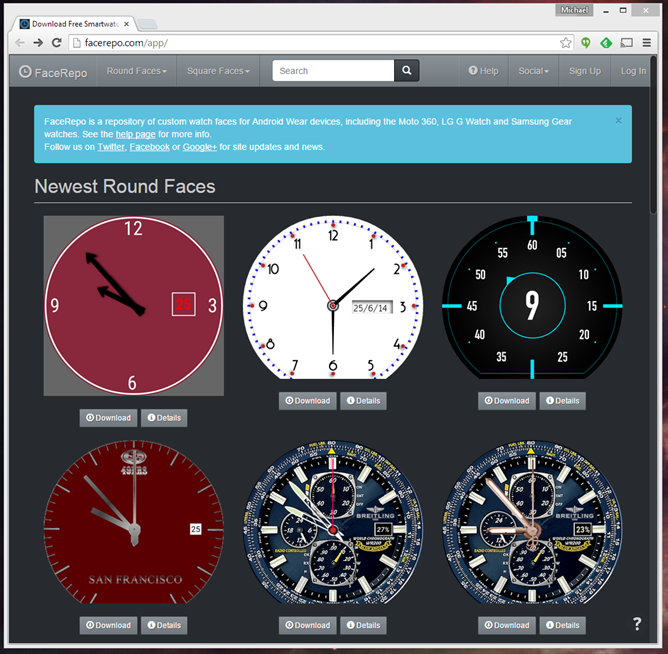 To apply the faces, just download the ZIP file on any single entry and open it with the Facer app's built-in file browser.