Unified Remote is a remarkably powerful app for remotely controlling the functions of your PC. (Not your TV, unless you have an IR port.) The last beta release of the app, which used the frustrating Google Groups testing system, implemented remote control support via an Android Wear app. Now you can get that Wear support in the standard Play Store version, no beta opt-in necessary. You'll need the full version, a $4 add-on, to access the Wear app.

Update: Want a slightly older model for an even better price? The Harmony Smart Control package is $79.99, fifty dollars off, and includes most of the same functionality. It's lacking the included buttons on the larger remote for home automation, which won't matter much if you don't have any compatible hardware and/or you intend to use your smartphone anyway. This deal also disappears after today.

You can control your Chromecast with your Android phone.

Home automation of any kind is a pretty tough market in which many products generally create more problems than they can solve. However, there are a rare few gadgets that don't aim too high or too low, and the results can be profoundly useful to the right customers. A new campaign on Kickstarter might just be primed to hit that sweet spot with a product called AnyMote, a remote-controlled universal remote.

Remember those awesome mini-drones that Parrot showed off at CES way back in January? It looks like the Rolling Spider and Jumping Sumo are on sale now, at Brookstone and the Apple Store at least, for $100 and $160 respectively. And if you bought the drone, you'll want something to control it with. Enter the FreeFlight 3 app, made specifically for controlling Parrot's new toys. It's a free download, though you'll need an Android 4.0 device to install it.

Human society didn't really enter the modern era until we invented the remote control, because let's face it, no one wants to get up. The freedom to loaf around is an important part of life, and Universal Remote brings that to your PC. With today's update, it's much more attractive and useful. Unlike you... because of all that loafing around.

Well, that didn't take long. Just a couple of hours after the end of Google's I/O keynote, the Android TV remote control app has burst on to the Play Store. Download it now to control all the Android TV devices in your home! Which are none. Because Android TV isn't released yet. And won't be until the fall. 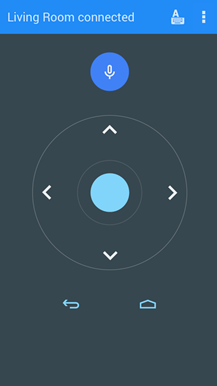 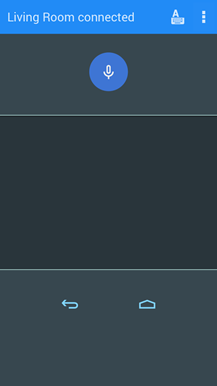 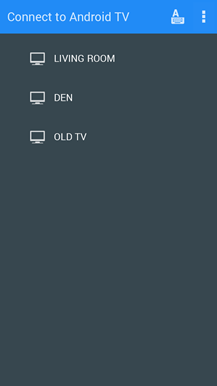 If you're wondering why Google even bothered to put the app on the Play Store in the first place, it's because it's designed for the developer kits currently on display at I/O.

The Hulu Plus app is perfectly capable of pumping out videos on its own to a small screen. With a Chromecast plugged into your TV, it's even able to cast content out to the big screen as well. Now the app is gaining a feature that will give it even more control over your viewing experience. Starting with the latest update, Hulu Plus is capable of becoming a remote control for Hulu content streaming from the Xbox One, PlayStation 3, or PlayStation 4.

Hot on the heels of BlinkFeed and the vaguely defined HTC Service Pack, HTC is hitting the Play Store with another app: SenseTV. The electronic programming guide meets universal remote control made its first appearance last year alongside Sense 5.0 on the HTC One. This looks like an update to the original which includes a redesigned style to match Sense 6, improvements to data for sporting events, and support for the HTC One Google Play Edition.

I know this is Chromecast country, but Roku was here first. The humble little WiFi streaming devices are competent and powerful, and they work with at least some online media sources that Chromecast doesn't. (Lookin' at you, Amazon.) If you're a happy Roku customer like me, then the Android remote app is probably a big part of your entertainment center. The new and improved version overhauls the user interface and adds one much-needed change.

Aspiring remote pilots, one of the most popular remote control drones is on sale with a whopping discount over at Woot. The Parrot AR Drone 2.0, controllable from just about any Android phone or tablet via the free pilot app, is just $169.99 on Woot.com's daily sale. That's a full $130 off the Amazon price for the same model, though this version is refurbished (or "factory reconditioned" as the Woot description puts it.)