Back when Redbox Instant first hit Android, many users were a bit upset that Redbox and Verizon decided to shun rooted users by blocking the app's video playback on rooted devices. Updates came and went, but nothing was done to correct this [rather ridiculous] error. Until now.

The app was just updated to v1.2, which "changes the way [it] handles rooted devices." Considering the changelog wasn't very clear about what that means, we decided to jump in and check it out for ourselves.

Would-be Netflix competitor Redbox – in conjunction with Verizon – has just released its official app into the Play Store. Dubbed Redbox Instant, the service allows unlimited movie and TV show streaming, along with four monthly rentals from Redbox kiosks for a mere $8 a month.

This is not a carrier-branded application and will work with a variety of different phones and tablets – even Wi-Fi-only models. 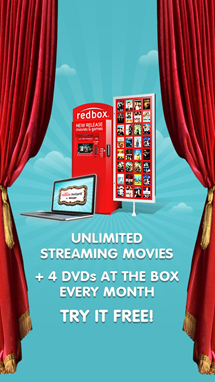 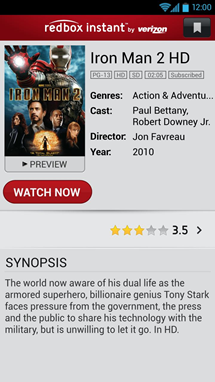 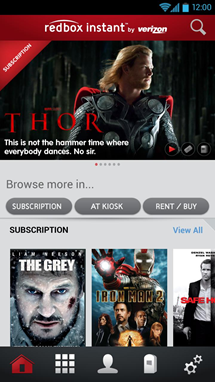 We've known that Redbox and Verizon have been beta testing the service for the last several weeks, but it looks like they're one step closer to a full, public release at this point.