It's been, what, five weeks since Google announced Android 5.1? In all that time the update has still not arrived on many of Mountain View's Nexus devices. But at least one more is joining the 5.1 club today, and it's a little unexpected—the LTE Nexus 7 2013. No, the WiFi version still hasn't popped up. 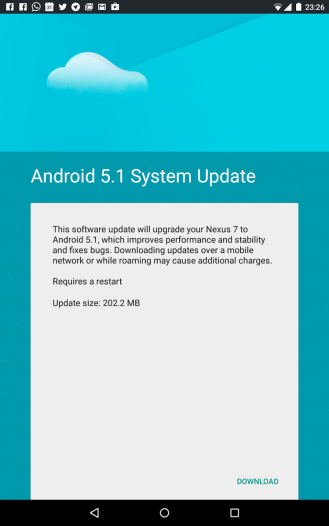