Welcome to the latest entry in our Bonus Round series, wherein we tell you all about the new Android games of the day that we couldn't get to during our regular news rounds. Consider this a quick update for the dedicated gamers who can't wait for our bi-weekly roundups, and don't want to wade through a whole day's worth of news just to get their pixelated fix. Today we've got a stylish fantasy defender, a strangely alluring boxing simulator, and a visually impressive skiing game.

It was only three months ago that Android got SEGA's latest entry in the obligatory kart racing genre, Sonic & SEGA All-Stars Racing. Now the sequel, which came out a year later on the consoles, has graced our platform only a day behind iOS. But don't reach for your wallets just yet: there are some serious issues with Sonic Racing Transformed that might mean it's not worth the $5 entry fee.

Welcome to the latest entry in our Bonus Round series, wherein we tell you all about the new Android games of the day that we couldn't get to during our regular news rounds. Consider this a quick update for the dedicated gamers who can't wait for our bi-weekly roundups, and don't want to wade through a whole day's worth of news just to get their pixelated fix. Today we've got the latest pixelated title from Noodlecake, a game that rides Olympic coattails, a game for insane pony enthusiasts, and a (possible) driving sequel.

Minecraft-themed shooter? Yeah, we've done that. Minecraft-themed platformer? Yup. Minecraft-themed dungeon crawlers, RPGs, and (of course) zombie games? You bet. Now developer DogByte, of 8-bit Ninja fame, is bringing Minecraft to the racing genre with the cleverly-titled Blocky Roads. For the moment this 2.5D driving game is exclusive to the Amazon Appstore, where you can pick it up for two bucks. 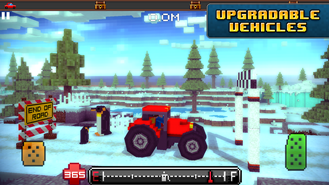 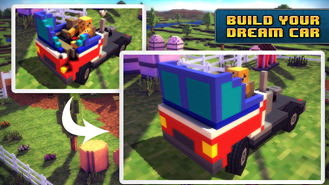 How do you combine the blocky sensibilities of Minecraft with a super-simple racer a la Excite Bike?

As cynical as that opening statement is, I have to admit that Angry Birds Go looks like a pretty amazing kart racer.

How awesome would it be if Mario Kart were released for Android? Pretty awesome, right? Well if wishes were horses we'd all be eating steak, so here's Sonic & SEGA All-Stars Racing.

That may not be entirely fair. The last two entries in Sega's kart racing franchise have been well-received on consoles, even putting aside the question of why the world's fastest hedgehog needs any kind of vehicle at all when he's racing.

Gameloft's Asphalt 8: Airbone hasn't even cooled down from its launch marketing blitz, but the developer has already moved on to its next racing game. That would be GT Racing 2, a sequel to the original GT Racing from 2011 and a more simulation-style affair, very much in line with EA's Real Racing and games like Gran Turismo. GT Racing 2 has no firm release date and few details, but Gameloft says it will come out this fall.

Gameloft has released eight games in the Asphalt series in just under nine years. If practice makes perfect, then Asphalt 8 should be nothing less than the greatest racing game ever made. It doesn't quite live up to that lofty goal, but as a top-tier Android game and an impressive arcade-style racer in its own right, it's worth your attention even if you're only casually interested in racing games.

Between the Hot Wheels physics, licensed cars, online play, and gorgeous presentation, Asphalt 8 is worth a lot more than its $1 asking price.

The newest incarnation of Gameloft's racing franchise, Asphalt 8: Airborne has hit Google Play. In addition to the standard race mechanics, this title will encourage players to pull off high-speed aerial stunts. Yeah, it is not a terribly realistic racing game.

Gameloft is really piling on the pretty with this one. The environments are huge, and there are more reflections and lighting effects than you can shake a gear shift at.

EA isn't letting its mega mobile racing franchise stagnate. The latest update to Real Racing 3 is version 1.3, adding iconic muscle cars from Dodge and Shelby. Four cars have been added to the roster: the 1969 Dodge Charger RT, 1971 Dodge Challenger RT, 1966 Shelby AC Cobra 427 (I think - going by a screenshot and some Wikipedia sleuthing), and the 1967 Mustang Cobra GT500.

According to the What's New text, there are also new events, new difficulty settings, tweaks to car physics and cameras, and "additional social networking options."