Back in April, we posted a rumor that Google Now was on track to properly handle timer queries (like "set a timer for five minutes") using the clock app's built in timer functionality, rather than simply setting an alarm.

Nearly a month later, we saw mention of the functionality in a teardown of the Search app itself, and today it looks like that functionality has finally been switched on.

Users who say "Set a timer for [time]" will be greeted with a card letting them know the timer is about to commence, with the option to skip straight to starting the timer.

Sure, "in-app purchases" becomes a bit of a dirty phrase when we're talking about games that abuse the privilege, but they're a critical element of any profitable app ecosystem, and today Google's making a bunch of IAP features easier and smoother for developers and, by extension, you. Here are some of the new improvements. 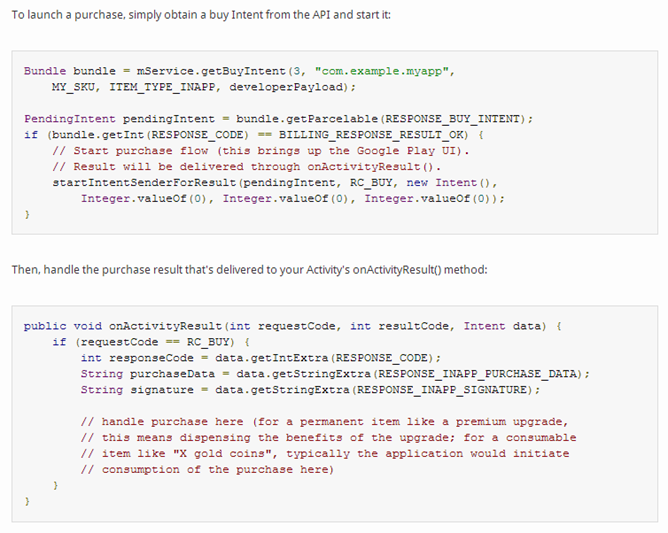 Previously, if you bought an item in an app, the purchase was handled via an "asynchronous notification through a background service."

I do so much searching in the Play Store on a daily basis that every little trick that helps surface relevant results faster and filter out things I don't want is worth its weight in gold. Sometimes, you're searching for XYZ, which you know should be in the title, but instead get a ton of results back with XYZ in the description. This is especially frustrating when a new app or game gets released, and Google hasn't figured out it's popular yet.

If you liked my speedy QR code tips before, you're going to love the tip I have for you today. Ever since the Android web Market was launched, I found myself loading the homepage just to make a search approximately 17 million times a day, give or take a few. As you know, the web Market homepage is quite heavy, so loading it just to make a search, especially while tethering on a slow connection, was starting to get kind of annoying.