Plants vs Zombies 2 launched last year with three worlds, and an update followed months later that added a fourth one with a sci-fi theme. Now Electronic Arts has rolled out another expansion of content that introduces more plants, zombies, and stages to occupy players' time. And this one is decidedly darker.

The biggest change, as the 'Dark Ages' name would suggest, is the addition of nocturnal stages. Sun power won't fall from the sky, and rather than sunflowers, players will need sun shrooms to harness light in the dark of night.

I loved Plants Vs Zombies on my PC. LOVED it. I don't get excited by games much anymore but Plants Vs Zombies by PopCap captured my full attention for weeks when it just came out a couple of years back. A version for the iPhone came out later and enjoyed similar success to the original game. PopCap's Android page, however, has been quite empty. Literally: 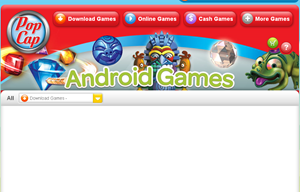 Will PopCap ever release an Android variant?