ProtonMail is an encrypted email service, with native applications available for Android and iOS. While the service has been working on new features, its development team has also been releasing the source code for various software components. Now the Android app for ProtonMail is open-source, allowing anyone to look through the code and review its security. One of the biggest problems in tech right now is privacy, and the general lack thereof when it comes to using most modern apps and services. Companies collect more data about us than we're probably aware of, and even if we don't think we have anything to hide, that information can be used in ways we don't anticipate, and often not to our benefit. That's why services like ProtonMail exist, and why we've started a series on open source alternatives to Google apps. Now the folks behind ProtonMail are expanding their portfolio G Suite-style with a new ProtonCalendar app. ProtonMail is an email service that prides itself on airtight security for its customers. The latest update (v3.14 for web and v1.9 for Android) adds full PGP support and address verification, both intended to further secure communications.

Since Game of Thrones seems to revel in jerking us around and House of Cards is now disturbingly close to believable, USA's cyberpunk drama Mr. Robot is Android Police's pick for cable TV binge-watching. While it's not so deep in its own hacker lore that it's incomprehensible to the layman, it's surprisingly accurate in its realistic and often low-tech methods of showing hacking and counter-hacking techniques. One of those techniques is using ProtonMail, an encrypted email service that makes FBI analysts shake their fists like cartoon villains. 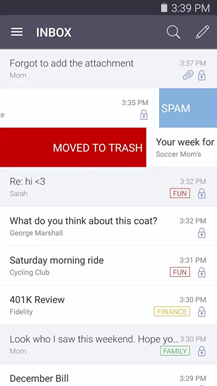 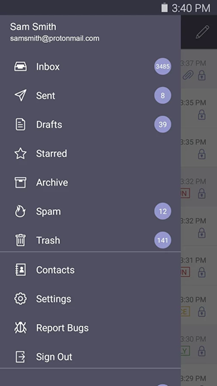 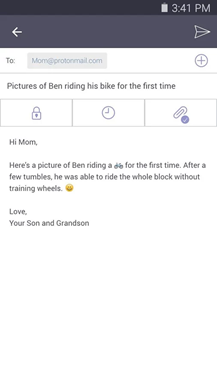 Considering that ProtonMail claims over a million users for its secure email system, it's kind of amazing that it took them this long to create an Android mail client.