Are you a Project Fi customer? Do you like free things? Google may have just the thing for you with the Fi Referral Challenge, which offers up chances to win a number of prizes. In fact, if you're one of the top 3 referrers, you'll also get a trip to Google's headquarters in Mountain View.

So, here's the deal: our friends over at AmazonWireless are having a contest in which they will be giving away $15k in cold hard cash. Since it will be difficult to decide who wins all by their lonesome, they pinged us and asked if we'd like to sit on the panel of judges. Naturally, we accepted the offer, because, well... why wouldn't we?

Ah, so you're curious as to what this contest is all about? Here's how it works: you make a 60-second (or less) video explaining how AmazonWireless simplifies the phone-buying process and upload it between now and September 28th.

In an attempt to generate extra buzz for using their payment system in Android apps, Paypal has started a contest for developers with a grand prize of $25,000.

Remaining vague in the competition's criteria, the eBay-owned company simply asks devs to integrate secure payments into their Android apps, adding that they would like "something new, something surprising, something with business potential." In addition to the $25K grand prize, the runner up will receive $15,000, followed by $10,000 for third place (much more generous than the kitchen appliances they give you on Wheel of Fortune).

Paypal lists some "important deadlines" for anyone interested in entering: 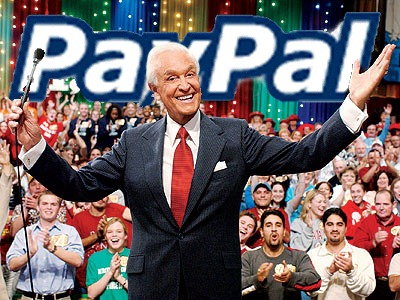 May the best secure payment system in a mobile application win. Back in June of 2010, Qualcomm issued a developer challenge to geniuses all over the world to create the best next-generation augmented reality applications using their Augmented Reality SDK for Android. With an impressive $200,000 total prize value, it's no surprise that developers have jumped into challenge head-first.

Qualcomm is planning on announcing the winners and showcasing their apps on February 15th at MWC (Mobile World Congress) in Barcelona, but in the meantime provided a sneak peak at some of the submissions, which, I guarantee you, will get you excited. Let's take a look and start anxiously awaiting the 15th: