If you're somewhat wary of your privacy and don't want Google to keep track of all the sites you've visited, you're probably very familiar with Chrome's incognito mode, which allows you to navigate the web in a private session, preventing sites from accessing local cookies, and also removing all temporary data when you're done. While this is very useful for a variety of purposes — I'll let your imagination run wild, Chrome didn't allow users to take screenshots while going incognito until now. Thankfully, this is about to change.

For privacy-conscious users, Incognito Mode has long been a favorite feature of Google Chrome. It lets you browse the web without maintaining a history or saving information like cookies and form inputs. Other browsers have tended to call it Private Mode, since that's probably a term more people are familiar with, and it looks like Google might be planning to go down that route too.

In their latest testing releases, Mozilla has launched two ambitious efforts to improve upon two areas where Firefox seeks to set itself apart: privacy and security.

To address privacy, they have changed the way their "private browsing mode," which is akin to incognito on Chrome, protects users. Rather than keep your info away from other people using your computer, which is more or less the intent of the feature, new versions of Firefox will also try to keep you more anonymous to web-based trackers. 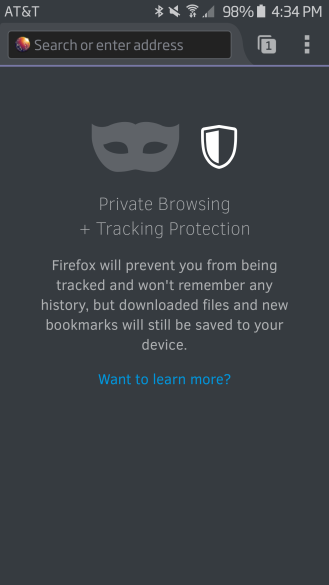 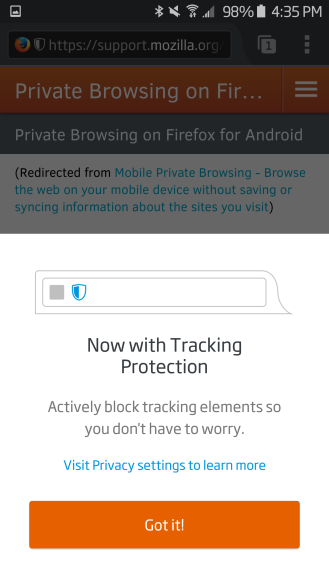 In addition to not saving history, the previously-hidden Tracking Protection feature is enabled by default when private browsing.