Pong and Space Invaders went to a rave one night and got totally wasted on Pixie Stix and Starbursts. Nine months later, Starific - Endless Reactor, was born. The premise of the new psychedelic mobile game, by developer Beveled Edge, is simple. Keep your star(s) from escaping an octagonal grid while wiping away ever appearing waves of tiles and power-ups. Not grasping it? Watch the promo video and I'll catch up with you after.

Ok, now that you have seen a bit of game footage, we are hopefully on the same page. This game is a frenetic, eye-popping, ear-pounding, thumb-frustrating good time.

Welcome to the latest entry in our Bonus Round series, wherein we tell you all about the new Android games of the day that we couldn't get to during our regular news rounds. Consider this a quick update for the dedicated gamers who can't wait for our bi-weekly roundups, and don't want to wade through a whole day's worth of news just to get their pixelated fix. Today we've got an old school tactical RPG, a tough-as-nails marble game, a new take on Pong, a dragon riding game, and Ubisoft's latest freemium cash-in. Without further ado:

My word, but it's nice to see a game that uses classic mechanics without resorting to "retro" graphics.

Welcome to the latest entry in our Bonus Round series, wherein we tell you all about the new Android games of the day that we couldn't get to during our regular news rounds. Consider this a quick update for the dedicated gamers who can't wait for our bi-weekly roundups, and don't want to wade through a whole day's worth of news just to get their pixelated fix. Today we've got a unique spin on the tactical RPG, a beautiful twitch game, a Breakout-platformer mashup, a roguelike with chess movement, and an oddly disturbing fishing game. Without further ado:

If you've played a Dragon Quest game sometime in the last 20 years, you've probably slaughtered hundreds of tiny, weak slimes - they're the Goombas of the RPG world.

We've enjoyed Deflecticon, the 3D variant on the classic Pong game with some fantastic graphics and totally warped perspective. In a sad turn of events, though, the developers have stated that they will no longer be able to support the game. Given this situation, they're making it available entirely for free in an as-is state. Pretty cool, devs!

While obviously we wouldn't expect this of everyone, it is nice to see one publisher be up front about the fact that no more updates will be coming, so if something doesn't work it will not work forever. Also, since you can't make a game free on the Play Store and then charge for it later, there's no way to reverse this decision without pulling the app entirely. Tired of blowing the dust off that old Atari just to have some classic pong fun? Well box that bad boy up and prepare for a spin on the old classic. Popular iOS game Multiponk has just made the jump to Android, and it provides a fun twist to classic pong gameplay. Optimized for both tablet and phone, this game will provide you with intense multiplayer action throughout 7 different game modes. 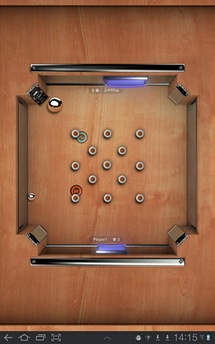 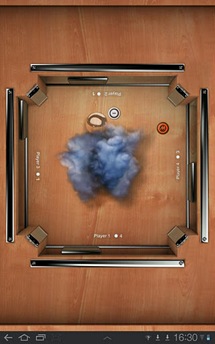 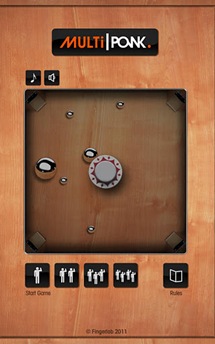 The HD graphics look phenomenal as well, enough to make your grandpa wish he had this kind of gaming back in the day. If you're interested, get the game soon because its on sale for the introductory price of $0.99 until the 28th of December.

Ah, nostalgia. I remember back in the days of surfing through AddictingGames.com there was a game called CurveBall. In what must have been cutting-edge coding at the time, you were put in control of a 3D pong paddle which could influence the way a ball was shot by moving the paddle as they made contact. It was pretty much a high-tech version of tennis, and was pretty kick-ass.

Deflecticon is a game that's similar to CurveBall (it's even mentioned in the description), only instead of using your mouse, you use your finger on your smartphone or tablet. You face off against a number of computer controlled opponents, with multiplayer to come in the future.