The new Nexus 7 is just now filtering out to expectant owners, and Google itself hasn't even shipped the product. That hasn't stopped Poetic from tweaking its popular Slimline case to fit the new Nexus. The case won't ship until August 23rd, but it's going to launch for only $5.99. 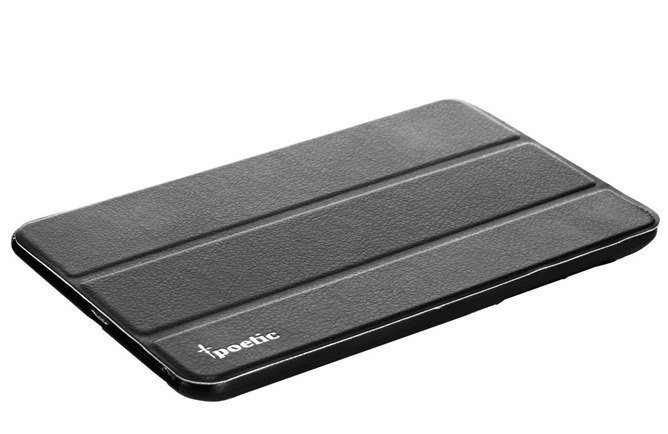 The Slimline is a flip case with a folding cover that can prop up the tablet in landscape orientation. The versions for the 2012 N7 and Nexus 10 have gotten good reviews, especially considering the low price.

A few weeks ago, I reviewed the Poetic Slimline Portfolio case for the Nexus 7, after buying it for my personal use and finding it to be a good choice with a great value proposition. After seeing the review, the folks at Poetic decided to send us some more, in the hopes that I'd give some of their other options for the Nexus 7 a good rundown. The whopping four cases they sent me are all based on the same design (a pouch and cover combo, with magnetic closures and wake/sleep functions), each with slight variations.