About six months ago, Google expanded the portfolio of countries with access to Play Music for the first time since its launch in the US. Today, seven more countries were added to that list: Austria, Australia, Belgium, Ireland, Luxembourg, New Zealand, and Portugal. 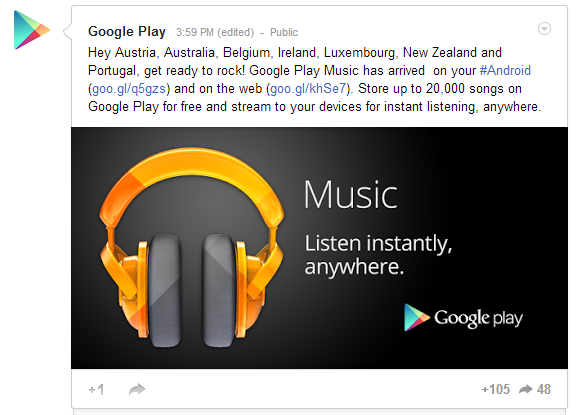 Google announced on Google+ that the aforementioned nations had been added to the list of supported countries for Play Music, which should be accessible at this URL, as well as via the Play Store on your Android device.