Just like any other image viewer, Google Photos has always supported pinch-to-zoom on images. You've never been able to zoom in on videos, though — that long-requested ability is absent from Google's software. Now, the first evidence has surfaced that the company is working on this functionality. YouTube 12.40 brought one small but neat change: a pinch-to-zoom gesture that lets you expand the video to fit an entire 18:9 display. Since most videos are made for the 16:9 format, black bars would sit on each side of the display when you're viewing YouTube videos in fullscreen mode, which sort of detracted from the illusion of having that big shiny nearly full-front display.

With 12.40, only the Pixel 2 supported the gesture, leaving other 18:9 smartphones behind. Now we've verified that v12.44 of the YouTube app makes the gesture available to the Galaxy S8+, LG V30, and possibly more devices.

Ok, guys. Start your engines - here's the download and instructions you need to get the leaked Gmail 4.2 up and running on your device. Keep in mind that this is an unreleased version so some things may be buggy or broken, though I haven't run into any problems.

If you somehow don't know what I'm talking about, we have the next, unreleased version of Gmail, and we're finally allowed to share it with you. Gmail 4.2 finally has pinch-to-zoom, a nifty new swipe-to-archive/delete feature, and a bunch of other things. Just for fun I'll embed the video again: Twitter continues its march towards being taken seriously as a social network with today's update to its mobile app that brings some interesting new profile additions. For starters, header images. With Facebook and Google+ beginning the trend, it seems a social network can't have just a profile picture anymore. Everyone who's anyone has a profile picture, and a hero image. 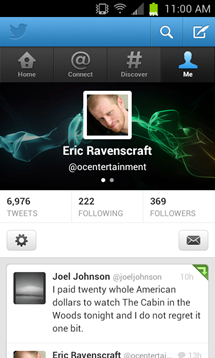 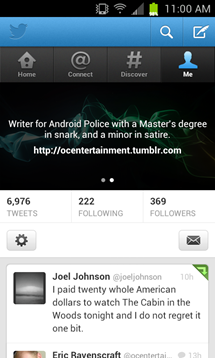 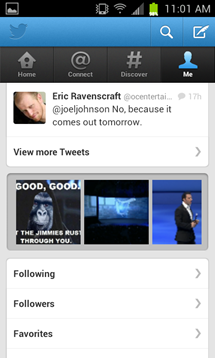 Curiously, the header images can only be added via the mobile app itself. The background photo that you chose for your Twitter profile a billion years ago and promptly forgot is not used. Also, just going to app settings won't get you to the dialog to add one.

The impossible has happened: thanks to a new software update, the Xperia X10's Internet and Maps applications are finally multitouch-capable. And as if that weren't exciting enough for X10 owners, the update also introduces support for bi-directional languages (i.e. Arabic, Farsi, Thai, and Hebrew) - a nice addition, though definitely not as high up on most users' wish lists as a version of Android more recent than 2.1 (or 1.6, if you're using AT&T's edition of the device).

And here's where things get interesting for X8 users - you guys are also getting this update, albeit with multitouch stripped out. Hey - if it's any consolation, the new software will make your devices compatible with ANT+, which enables support for "things like heart rate monitors."

Rikard Skogberg from the official Sony Ericsson blog says the update is now available via PC Companion, while an OTA is currently rolling out to "most markets." It isn't yet clear whether AT&T X10 users are getting this update, but I certainly hope so - otherwise, Big Blue headquarters might soon be a little...

Yesterday, Verizon released the Motorola Droid 2.1 update schedule which turned out to be so drawn out that by the end of it, we would have seen Android 5.0 (OK, not really but it could take 2-3 weeks).

Who wants to wait this long? It didn't take long for some smart folks over at AndroidForums to figure out where the update was located on Google's servers and provide instructions on how to accomplish it in a few easy steps. Here they are:

If you have rooted your phone, the 2.1 update will unroot you back.
Read More