As promised, the Galaxy Note II is now available for purchase on Sprint for $650 less a $350 instant rebate, for a total of $300. Though T-Mobile was first to the punch by a day, Sprint is offering it for a not-insubstantial $70 cheaper.

$300 may seem a bit steep for a smartphone, but keep in mind that this isn't your typical device. It's got a 1.6Ghz quad-core Exynos CPU, 2GB of RAM, LTE, 5.5" 1280x720 Super AMOLED Plus display, plus that infamous S Pen stylus to help you get the most from the ginormous screen.

If you're a close follower of tech, you're probably familiar with the LG Intuition, or at least its European brother, the Optimus Vu. The major selling point: a 5", 1024x768 (4:3) display. Sure, the other specs are noteworthy in that they match other high-end phones, with a 1.5 GHz dual-core Snapdragon S4 CPU, 1GB RAM, Android 4.0, and LTE. But that massively wide screen is undoubtedly going to be the talking point.

When the first Galaxy Note launched, everyone was reasonably skeptical. Was the world ready for such a large phone? Turns out, yep. So now, it would be expected for more carriers to want in on the action. Cue Sprint, stage left. One curious XDA member started poking around in some Sprint documents and found reference to one "SPH-L900." We know SPH is a designation Sprint uses for its Samsung phones (Galaxy Nexus is SPH-L700, Galaxy S III is SPH-L710, etc.), 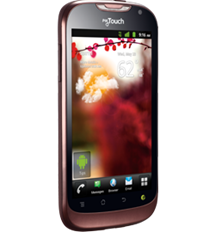 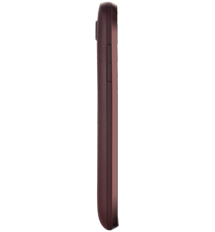 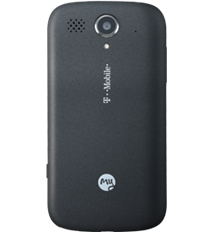 First, the new Huawei myTouch has hit the stores, with a price of $49.99 on a new 2-year contract accompanied by the following specs:

The device is available in black and dark red varieties; if you're after a bargain, you might want to head over to Wirefly, where you can get both colors (black and red) free.

Samsung's largest life raft smartphone has, thus far, been saddled to AT&T. Phret not phablet phans. Your dreams of using the nation's largest Samsung phone on the nation's fourth-largest national carrier are about to come true (sorry Sprint/Verizon users). T-Mobile has announced that the device will be available on a 2-year contract starting August 8th with pricing starting at $199 on a 2-year Value voice and data plans plus an added $20/month device financing charge.

It's only been a few months since the Galaxy Note started making waves, but we're seeing prices steadily drop on unlocked models. Not that long ago, we spotted the device for $519. Now we've spotted it even lower, available on eBay Daily Deals or $459 off-contract. This device is the international variant, so sorry AT&T T-Mobile users, you'll have to sit this one out if you want 3G. 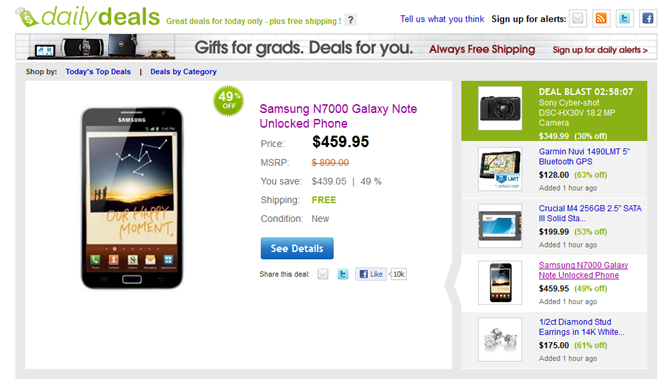 As the price drops lower and lower, it reaches downright affordable territory.