Well, maybe not your patent in particular - odds are pretty good that they're only interested in technology and software patents, and even then, only so that some fly-by-night LLC with a dozen lawyers and no physical address won't sue them in the future.

If you follow patent litigation news, the name "Lodsys" has the same kind of weight as, say, Kim Jong Un or Robert Ford: when you see it, you just know something crazy is going on. But it looks like the legendary patent troll has fallen on hard times, as its website domain has been allowed to expire. The domain is currently being held by Register.com, which has not re-listed it for sale. Perhaps the one-man company and overly eager patent holder and his lawyers have run out of lawsuits - we can only hope. 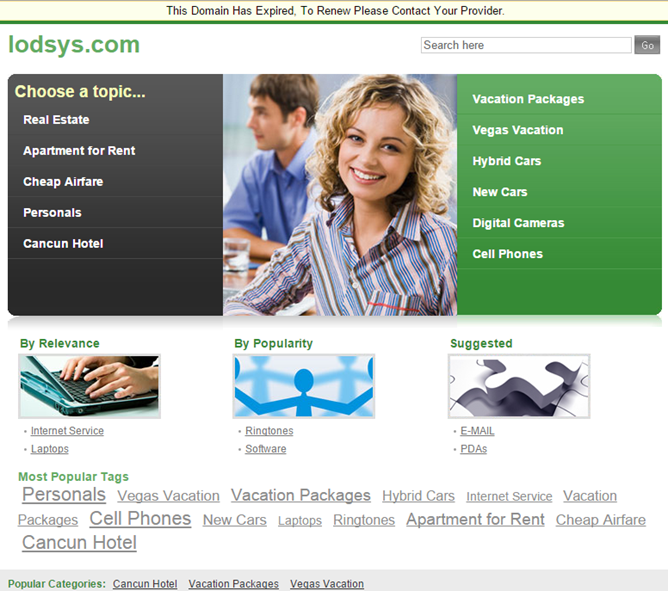 If you're not familiar with Lodsys, it is (or perhaps was) a Texas-based LLC formed exclusively for the holding and "protection" of four US patents originally awarded to one Daniel Abelow.

The short version of this story is that Tse Ho Keung, holder of a patent that is currently within an inch of its life, has so far failed to get any traction in lawsuits against major tech companies (...and Blockbuster), and has resorted to threatening independent developers in a dual effort to either gain money or to avenge the name of his patent by forcibly eliciting amicus briefs and declaratory statements.

Nearly a decade ago, a company representing patent holder Tse Ho Keung went after Apple, Sony, and others on the basis of patent 6665797, which covers a DRM system that - boiled down to its essence - allows authorized users to access the same purchased digital content on multiple devices.

Chalk one up for the bad guys. FOSS Patents reports that Chinese manufacturer Huawei and the Rockstar Consortium (a patent holding company jointly owned by Apple, Microsoft, Blackberry, Sony, and Ericsson) have filed a motion to dismiss the lawsuit filed against Huawei in November. Both parties have filed to dismiss with prejudice, and have almost certainly agreed to some kind of licensing settlement, though financial details don't have to be reported. 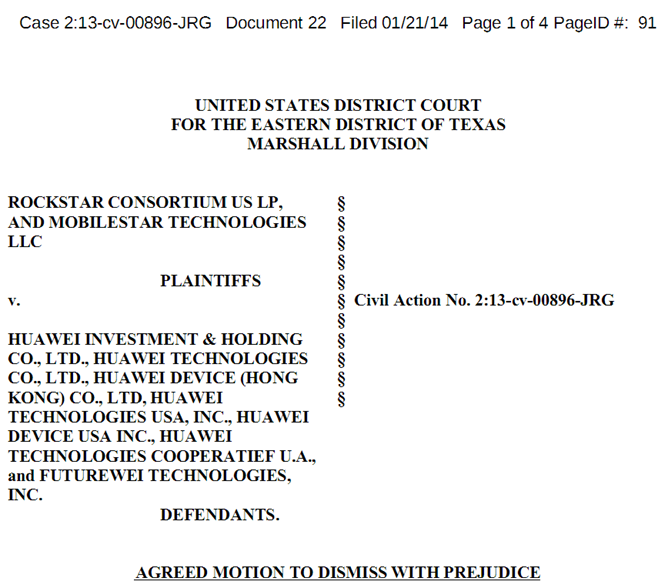 Rockstar and its parent companies are suing over telecom patents sold from the defunct Nortel Networks in 2011 for a cool $4.5 billion. The consortium is also suing Google, Samsung, LG, ASUS, ZTE, and Pantech in the same Eastern Texas district court.

Patent trolling is far from a divisive issue in the United States. Pretty much everyone but the trolls can agree that patent trolling is damaging to the economy, and generally kind of a dick move. Patent trolling, if you're not familiar with the practice, is quite simple in concept: buy patents, extort licensing fees from alleged infringers, and sue if they refuse to comply. President Obama proposed some "major" changes to US law that will supposedly reduce the effectiveness of such companies. Before we look at those, though, let's look briefly at what makes a troll tick.

According to Bloomberg, Motorola Mobility has just filed a new lawsuit against Apple at the ITC. Now, ordinarily, we might not report on the filing of such a suit - especially when the complaint hasn't been made public (we have basically zero details). What makes this particular filing important, though, is that it is the first lawsuit filed by Motorola now that it is officially, 100% a part of Google. That's a big deal.

It means Google signed off on this action. It means Google isn't interested in playing a purely defensive role in the mobile patent wars. And while this is sort of by proxy (MMI is in many senses separate from Google), the fact that Motorola filed this suit at all says a lot.