Before bits and pieces of Google+ departed from Google's web toolbar earlier this month, the bar's notification panel began labeling notifications according to their origin. G+ notifications for example got a Google+ icon, while notifications about a user's photo library got the Google Photos badge.

Tonight it looks like Google is rolling out another change to the panel, adding a settings button which allows users to filter out G+, Photos, or YouTube notifications individually.

Interestingly, not all sources appear for all users - it's unclear exactly how the panel knows which options to show, but it appears that the presence of Photos or YouTube options partially depends on whether you've opted to receive those notifications in the Google+ settings.

Google's Inbox implements a really smart management paradigm - specifically, users can swipe in one direction to "snooze" a message (designating a time at which the message will reappear in the inbox), or swipe the other way to mark the message "done," essentially archiving it. Steve Albright, in a post to Google+, recently opined that this paradigm might find a good home among all of Android's notifications, rather than being confined to Inbox messages.

At the suggestion of another Google+ user I follow (Derek Traini), I decided to give the idea some thought, and work up at least a preliminary interface sketch for how something like this would work.

A while ago, we posted about explorations Google was undertaking in revamping Android's home screen. Part of this was a new notification shade that looked similar to Google Now.

Since then, we've seen new materials that show something a bit closer to what the notification shade and Quick Settings will resemble in Android's L release. The images we'll discuss in this post are based on more recent information, but as with any unreleased software, anything can change - particularly design.

Disclaimer: No matter the confidence level, there's always a chance product updates, features, and some or all details will be changed or cancelled altogether.
Read More
5

Between Hangouts, the gorgeous new Maps, Play Music All Access, and everything else discussed in I/O's opening keynote this morning, several revisions to the Play Store developer's console were announced.

Perhaps the most interesting addition to the console will be an organized method for alpha and beta testing, and staged rollouts.  Basically, developers can select alpha and beta testers, receiving all feedback directly (instead of through reviews) and, when the time comes, roll out the app to certain percentages of the user base.

The changes also include a major help in ensuring your apps make sense to international users – a full translation service by which developers can order specific translations, come back a week or so later, and download the translations directly from the console.

Can we be honest with ourselves for a bit? Notifications on Google+ have sucked for a while. It's never clear what's new and what's old, they're cluttered with information, and up until recently, they've been tucked away in the app underneath the sidebar navigation. Well at least one of those problems is getting fixed today as the Android app gets an update that creates a special new section for notifications on the right-hand side of the app. Also, you can access it in more places! Not everywhere, but a lot more! 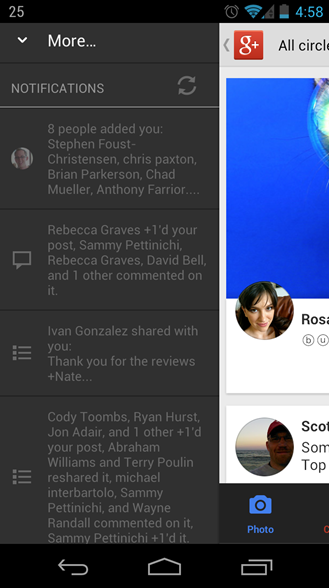 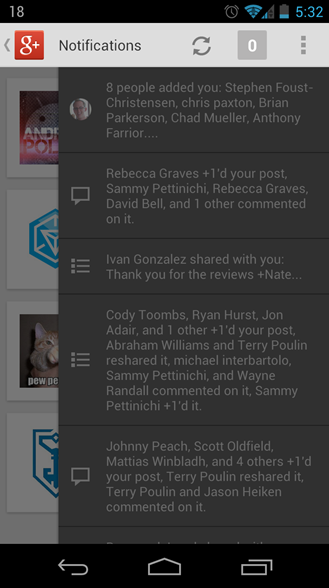 Left: Old style notifications, below the side bar navigation.

As promised earlier this week, Notion Ink CEO Rohan Shravan took time out of his schedule to answer a number of questions from Android Police. What did we ask the creator of the Android world's most anticipated tablet device? A lot of the questions you, our readers, wanted answers to - as well as a few of our own. The interview, in its entirety, below.

Questions From Our Readers

AP: Many have speculated about Notion Ink's production capacity - can you tell us how many Pixel Qi units were sold on pre-order? How many do you expect to be able to produce per month?

There are a couple of Android programs that are so brilliant and well done that you can't imagine your life without them. For me, these programs are Launcher Pro, Titanium Backup, and QuickDesk. QuickDesk is ingenious and always makes those who see it for the first time beg me to tell them what it is. Minutes ago, Faruq, the QuickDesk developer, published a completely redesigned and long awaited version 0.4 to the Market, and it is good. Damn good.

To give you a brief background on the app, with QuickDesk, you double tap on the Home button and a quick overlay pops up on top of the current app without taking over and destroying whatever is going on on the screen.