The new Palm Phone is, shall we say, a very complicated device. Then again, it was somewhat difficult to get a hold of in the first place: since its launch in November, it's been exclusive to Verizon and up until late April, you had to have a primary phone on a line of service to pick up this $350 "accessory." Nowadays, customers can use a Palm Phone as their main device, but that still leaves Big Red outsiders high and dry. Today, Palm is fixing that as it is availing its phone direct to buyers unlocked for use on most GSM networks. The eensy-weensy, absurdly minuscule, preposterously tiny Verizon-exclusive Palm Phone didn't make for a good purchase decision at all as a "companion to the phone you actually like using," at least in our critical judgment — especially at a price of $350. Today at least one of our issues with the Palm is finally being addressed, as Verizon makes the phone available as a standalone handset.

Unlike most phones we review, the Palm Phone does not claim to be the equal of another device. It doesn't even necessarily claim to be good. The Verizon-exclusive Palm Phone is billed as a companion to the phone you actually like using. A phone that's minimalist and limited by design can't be "good" in the traditional sense, but can it be bad in a way that you still might want one? Sadly, no.

The TCL-made Palm Phone is fascinating because of how odd it is. So many phones these days are predictable and boring, but this one is at least interesting. Last year, TCL announced that new devices with Palm branding would launch in 2018, and the first phone leaked a few months ago. The tiny 3.3-inch Palm phone is now official, and it's coming to Verizon next month for a whopping $349.99. Back in March, a trusted source revealed to us that a Palm-branded Android smartphone was slated to launch on Verizon in the second half of 2018. We haven't heard anything since then, but a Palm device with model name 'PVG100' has just rolled through both the FCC and Wi-Fi Alliance. Palm's early smartphones and PDAs were a staple of the late 90s and early 00's. After the release of Apple's iPhone in 2007 and Android in 2008, Palm began selling smartphones with its new webOS operating system. The company was purchased by HP in 2010, but after poor sales, HP discontinued webOS and all Palm products in 2011.

TCL acquired the rights to the Palm brand from HP in 2011, and promised to "re-create a new company in Silcon Valley" to develop new Palm devices. Those plans seemingly fell through, but now TCL is promising that new Palm devices will arrive in 2018.

The screenshots taken before the site was canned don't say much, but they say just enough. LG is an enormous company, much bigger than many in the west realize.

Just because a company files a patent for something, it doesn't mean that idea will eventually see the light of day. In this case, the patent filing in question doesn't just concern an unannounced but rumored product, it deals with a particular aspect. As it turns out, Samsung may one day want us to walk around interacting with our not-yet-confirmed-but-totally-expected Galaxy Glasses while typing on our palms. 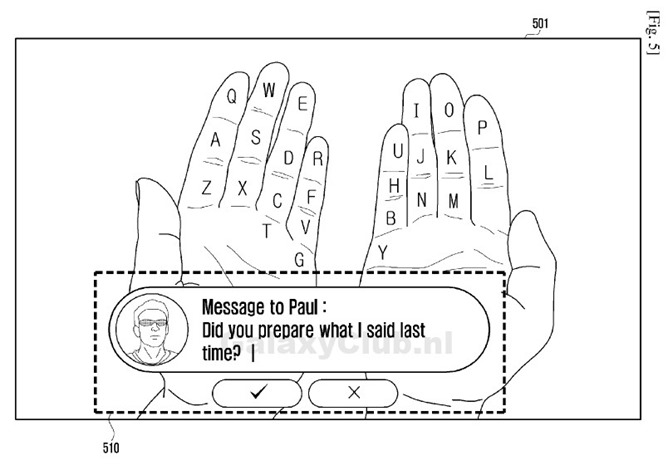 The glasses presumably use a camera to project an augmented reality keyboard onto your fingers. You then type onto them using your thumbs, with the camera tracking their movement. The image below also shows the option to input text using a single hand.

HP sold off most of webOS to LG last year, but it was still sitting on a lot of the patents it got when buying the company back in 2010. Qualcomm has announced today that it was happy to take those patents off HP's hands, along with some other choice bits of IP. 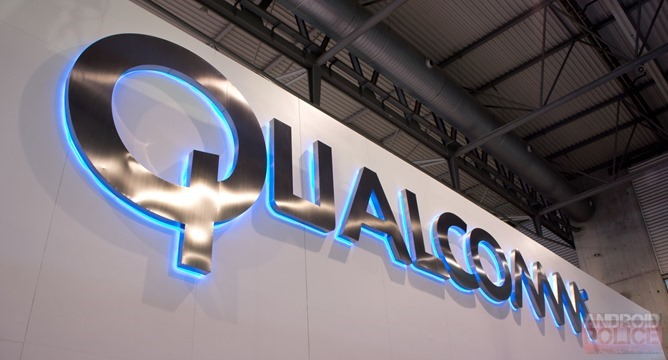 In addition to the Palm patents, Qualcomm is getting IP covering HP's now defunct IPAQ devices and Bitfone mobile software (from an acquisition back in 2006). The final count is 1,400 granted and pending US patents, with another 1,000 for other countries.

Qualcomm is a chip company and doesn't make consumer handheld devices on its own anymore, but many of the patents it now holds cover such products.