Update: The issue (#10230007) has been marked as resolved by the Play Store team. Apps should install and update fine now. 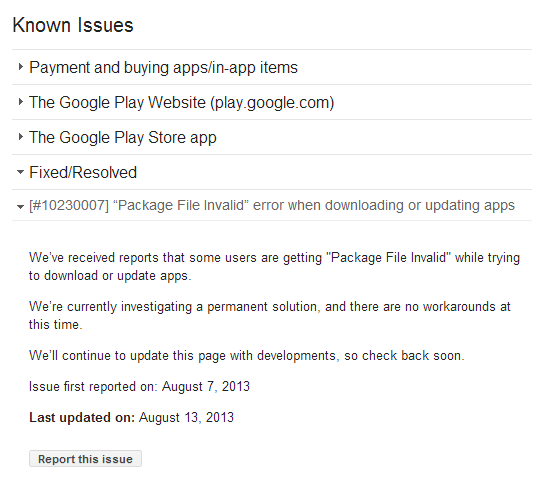 For the last week or so, a great number of Android users have become increasingly frustrated with frequent "Package file is invalid" errors when updating or installing apps. A variety of supposed fixes have been put forward by the community, but have proven to be merely placebos. Now Google has confirmed there is an issue.