Enter “Fuchsia.” Google’s own description for it on the project’s GitHub page is simply, “Pink + Purple == Fuchsia (a new Operating System)”.

In a bit of non Android-related news that we just couldn't pass up, Adobe and Google have announced "Project Photoshop Streaming" for Chrome OS, which is exactly what it sounds like.

Adobe is looking to bring access to its Creative Suite Creative Cloud suite of products to Chromebook users, and the journey begins with Photoshop. 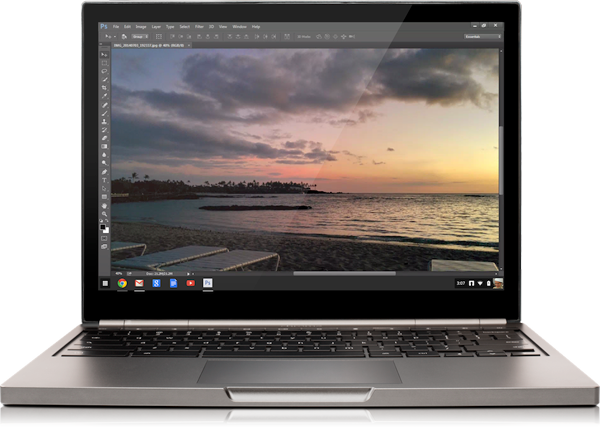 Before you get too excited, there are a few caveats. First, you've got to apply to be a tester. Those eligible to apply are North American Creative Cloud education member, and a member of the Adobe Education Exchange with a paid Creative Cloud membership. You must also be at least 13 years old, and it will take Adobe 3-4 weeks to process your application.

Right off the bat, it seems necessary to clear up that Quantum is the new design direction we've seen in recent leaks, including our post on Project Hera.

Occasionally, an OS update will bring around features that really change things. Android 3.0 brought the Android experience to tablets. 4.0 completely revamped the UI and added guidelines that made Android look cohesive for the first time. 4.4 added Svelte, which promised to seat Android comfortably on an even broader range of devices. We have reason to believe another one of those changes is right around the corner, and it's known internally as Hera. 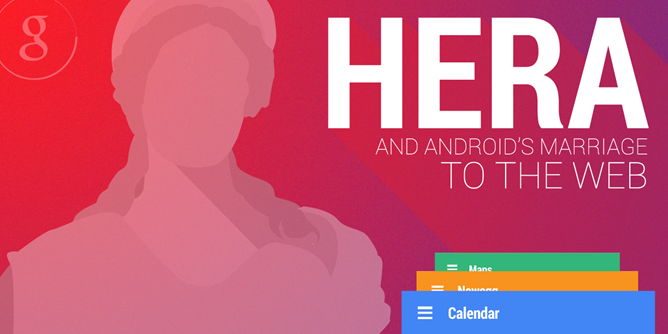 We feel confident in this rumor, but we'll take the same approach we always do - a brief breakdown of our confidence level, the rumor itself, the evidence, and any other thoughts.

Huawei likes Windows Phone. However, it thinks the mobile OS would taste better when served alongside Android. That's why, despite expressing commitment to Microsoft's platform, the company reportedly plans to bring a dual-booting Android/Windows Phone handset to the US sometime this spring.

“With Windows Phone, one direction for us – and one that we are now following – is dual OS. Dual OS as in Android and Windows together.”

He goes on to say:

“We think the dual OS can be a new choice for the consumer. It will be on sale in the US in Q2.”

It's that time again - Google has updated the developer dashboard with new platform distribution numbers. Following a predictable trend, KitKat has eked out its own 1.1% niche, Jelly Bean (API version 16-18) is going strong at 54.5%, putting it further over the mark it reached last month, running on over half of all devices that have checked in to the Google Play Store in the past two weeks, while Gingerbread's grip continues to slip, decreasing to 24.1% from 26.3% last month. 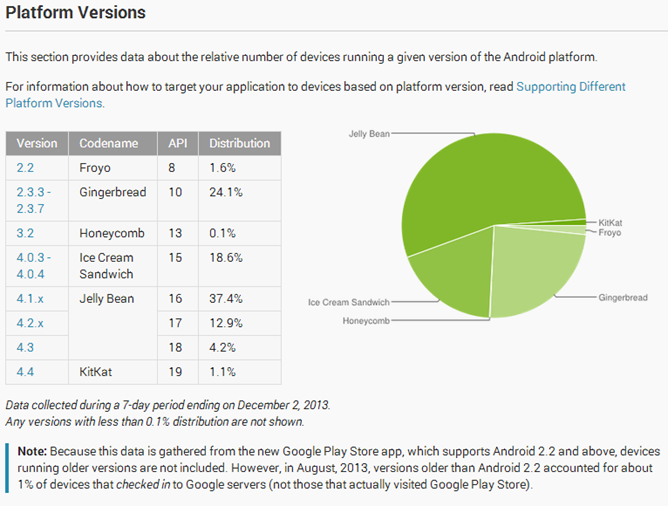 Today, Facebook announced the Facebook Home suite that we've been hearing so much about. Well, to be more accurate, we've been hearing that Facebook is going to build its own phone and fork Android and create its own special social OS and that it would be the end of Google and that civilization will crash around us and we'll all wear monkey pelts and "Like" statuses by hurling spears through our enemies. Or something. Well, as it turns out, the world didn't end, Android is still whole, and Zuckerberg even thinks the idea of forking an entire OS to make an app is silly.

Yesterday, Google did what Google does best: announce a first version of something that is completely ridiculous, very few people care about, most folks mocked, and that will ultimately end up forgotten in the annals of internet history. No offense, Goog. Some later products are spectacular, but let's be real. Very rarely does Google get it right on the first try.

However, the Chromebook Pixel is still a huge deal and the savvy analyst should take notice, because things just changed in a big way. Google isn't selling a product with this new laptop, it's making a statement. It's planting a flag on the future because, well, no flag, no future.

It's that time again! We get another glimpse at what the platform distribution numbers are like for Android. If you've been following along, you'll notice there aren't many changes: Gingerbread is still the biggest slice of the pie, Ice Cream Sandwich is second, and the two major versions of Jelly Bean together make up the third largest. 2.3 is down to 45.4% from 47.4% a month ago. That 2% difference seems to have gone overwhelmingly to Jelly Bean which went up to 13.6% from 10% a month ago.

The most curious shift, however, was Ice Cream Sandwich. While the change was minimal, the version dropped from 29.1% to a flat 29%.