In an age when mobile games are too easy, there is still one last hope for a challenging/frustrating experience. Yes, I speak of roguelike games. Nothing increases the tension like perma-death. There's plenty of that in Heroes Of Loot 2 from OrangePixel. It also has wizards, dungeons, valkyries, and lots of monsters. When things get freaky in a moon base, who are you gonna call? Space Grunts, of course. In OrangePixel's latest Android game, you take control of a Space Grunt and blast your way into said moon base to see what's going on. It's a dangerous mission, and you're going to die... a lot.

The sequel supplies gamers with seven worlds divided into eight levels each.

Heroes Of Loot technically fits into the "roguelike" sub-genre thanks to semi-permanent player death and procedurally-generated dungeons. After your character dies you spawn (or for you pen and paper types, roll) a new one, keeping a few of the attributes from your former character/corpse.

If you're a fan of action games and nostalgic 8-bit throwbacks, then OrangePixel's new title Gunslugs should be right up your alley. Featuring the NES-style graphics that OP is known for, alongside non-stop bullet-blazing action, Gunslugs in an adrenaline-fueled homage to the 80s action heroes of old.

Gunslugs also throws a unique spin on the traditional platformer: it generates the levels randomly. Basically, that means levels will appear in a different order every time you play. Neat, right? Aside from that, it features unlockable characters, a badass chiptune soundtrack, tons of weapons, tanks, and jetpacks; secret levels, all sorts of other fun chaos.

If you're not familiar with the 8-bit adventures developed by OrangePixel (see some of our past coverage here, and here), you should probably check them out. Their latest and greatest, Meganoid 2 - the sequel to their most popular title, Meganoid - just hit the Play Store. 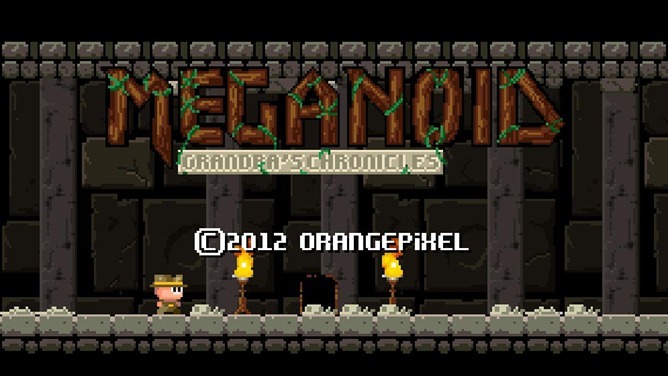 Meganoid is inspired by the ultra-difficult (and ultra-fun) platformers on the 1980's and 90's. And yes, it's supposed to look like that. Meganoid 2 will certainly provide hours of fun and frustration, and is a great pick-up game for killing time. It comes in both free (ad-supported) and paid versions, but given that the paid version is just a buck, it's not like OrangePixel's asking a lot.