OnePlus One owners, have you been having problems with touchscreen sensitivity on your phone? How about the Bluetooth connection in your car stereo? Any issues with sending MMS texts through the default app? At least some of you have, and the latest release of Cyanogen OS is meant to fix all three.

The OnePlus One is still a great deal in terms of hardware, even more than a year after its release. If you'd like an even better deal, keep an eye on the OnePlus online store this week. According to this page, the One will be $50 off during "flash" sales, at least once per day between today, June 1st and Sunday, June 7th. Times for the start of the sale will vary, and presumably a set number of discounted phones will be sold each day.

At this point, the words "OnePlus One" and "touchscreen issues" seem to be almost synonymous on our site. You can't mention one without the other being brought up after all the annoyed reports from users, promises of solutions, so-called "fixes" being rolled out, only to be followed by an emerging set of new issues and vows by OnePlus like a snake that sheds its skin only to regrow another one. But that may be over.

One of the more persistent and frustrating issues with the OnePlus One has been its touchscreen, which saw a spat of problems and firmware fixes late last year. A software update in November seemed to have fixed the glitches, but in the last few weeks dozens of users on the official OnePlus forums have reported a resurgence of touchscreen issues. Perhaps it has something to do with the new Android updates, perhaps it's because of the rising temperatures as spring hits the northern hemisphere.

Today marks OnePlus One's one year anniversary — so it's one plus years old now? — and the company is officially celebrating with a 50% reduction on select accessories and a new update for its users. Lollipop 5.0.2, which had started going out to devices on April 13th (as version YNG1TAS0YL) but was halted on April 20th supposedly due to a new "OK OnePlus" feature (Edit: but was most likely due to the wakelock bug), is now resuming its rollout under a newer build: YNG1TAS17L.

A little less than one year ago, I called the OnePlus One "the best flagship phone you can't buy" in my initial review. The phone had some impressive hardware at an amazing price, and in many ways it still does, but the system of invitations and qualifications built around actually buying the One made obtaining the device an exercise in frustration. It's taken them eleven months (and what seems like dozens of separate promotions and half-measures), but you can finally order a OnePlus One without an invitation of any kind starting today.

Cyanogen announced today via Google+ that Cyanogen OS 12 (Lollipop) is finally available for OnePlus One users. If you want that Lollipop action right now, we've got the ZIP file. Cyanogen OS 12 features all the material design eye candy one would expect, as well as the more functional changes of Lollipop. In addition to the standard fare, there are a couple of features exclusive to Cyanogen. 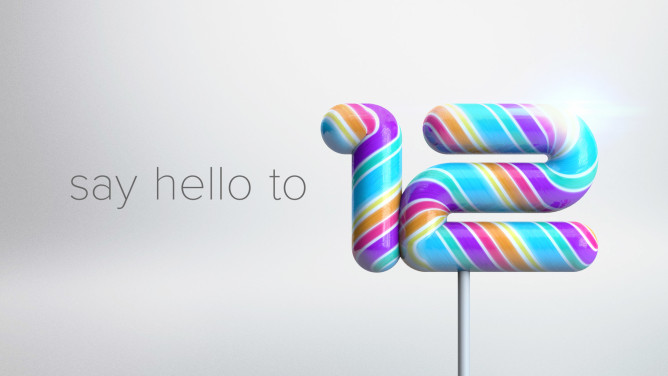 After the rather public fallout between niche manufacturer OnePlus and its initial software supplier Cyanogen, the company promised to deliver an Android ROM developed on its own. Oxygen OS, the fruit of that particular labor, is now available to download in stable form for OnePlus One owners. OxygenOS is a customized ROM based on Android 5.0.2, built with at least some input from members of the Paranoid Android ROM team.