Version 1.50 of YouTube Kids started rolling out early Thursday morning. This update brings a really great new feature, and parents are going to love it. It's now possible to pause the watch history of YouTube Kids, and it doesn't affect the rest of your YouTube apps. A teardown also shows that parents will soon enjoy the benefits of YouTube Red, as well. As usual, if the update hasn't hit your account yet, jump to the bottom of the post to find a download link.

Not everybody is into live streaming gameplay, but for those that are, and particularly those that play a lot of games on Android, this week's update for YouTube Gaming was a pretty big deal. It brought much-needed support for recording and live broadcasting your screen directly to YouTube. While the update is significant for the features we now have, it also happens to include some signs for a few more things we can expect in the future. We can see a few of YouTube's newer features are going to hop over to the gaming side, including background playback, offline playback, and even Cardboard support.

YouTube's Offline Playback feature was first introduced alongside Music Key back in November, finally giving people a way to store a (limited) selection of videos for trips into areas with poor connectivity, or just to avoid using up capped data plans. While it has remained mostly unchanged in the last 8 months, the latest update finally brings a few modifications. The interface is now a bit more informative and uniform, and there's a new low-quality option (which is actually a good thing). A teardown also revealed some big improvements to the voice command interface that has been in the works for a while.

YouTube updates have been rolling out about every week or two for the last couple of months. Most of the changes haven't been very big, but they're polishing up little aspects of the app in notable ways. The latest version bump doesn't bring significant modifications, either, but it's continuing the trend of small but visible changes. A permanent Cast button has been placed in the action bar and there are updated icons in the privacy selector for uploads. A quick teardown also reveals that we might finally be able to choose to download just the audio track for offline playback, which should make it much easier to store music for the road. 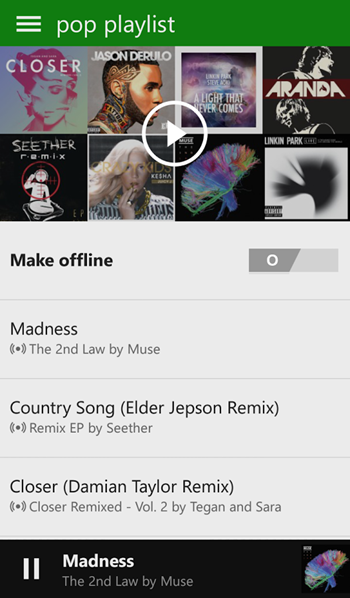 A single switch appears on each playlist that designates which ones should be downloaded, somewhat similar to pinning lists within Play Music. Once toggled, users should be able to take those tunes anywhere that lacks a solid data connection, like an airplane or, depending on their carrier, most of the country.

There's a new version of YouTube out, and as usual, hidden inside its chocolaty center are hints at upcoming features and capabilities. We've seen information about a lot of this stuff before, some of which has even been confirmed by Google itself. Aside from the user interface changes we mentioned in the announcement post, there are framework elements for the upcoming YouTube subscription service, "Uninterrupted Playback," an offline video mode, and background music listening.

Take A Peek At Music Pass

The following strings in the 5.3 app look like they're intended to be used for a separate page or popup encouraging users to upgrade to "Music Pass," which we assume is the name for YouTube's upcoming subscription service.

Last month YouTube announced that they were going to introduce an offline viewing option to their mobile apps sometime in November. They've since rolled out details about how it's going to work. If you add videos to your device and then disconnect it from the Internet, you will be able to watch the content for up to 48 hours. After those two days have passed, you will have to reconnect in order to watch the videos again, but the 48 hour window will refresh, and the content will remain on your device.

Offline videos and playlists will be stored under an "on device" section of the YouTube sidebar, and you can add more content from the watch page of whatever you're viewing.