Take these estimates with an appropriate grain of salt, but reading between the lines of a recent analysis by The NPD Group indicates that smartwatches running Wear OS account for at most 12% of unit sales in the US, and the real numbers are likely much lower than that. Although Google continues investing in, redesigning and rebranding the platform, which now boasts plenty of hardware partners, it has barely made a dent in the market. 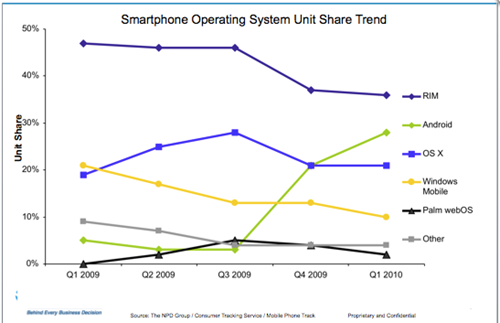 In fact, it seems like Android grew at the expense of just about everyone else - excluding a minor 1-2% increase in "other". And as Android continues to expand across the line of devices - from smartphones to ultra-cheap featurephones - it's likely that the overall number of Android devices will continue to grow.