If you still happen to have Google Glass and you're feeling nostalgic, dig it out of the gadget drawer, plug it in and give it a whirl.

The developers at Pushbullet seem to have some kind of strange compulsion that forces them to add cool new stuff to their Android-desktop syncing and notification app on a regular basis. Not that we're complaining - PushBullet is a personal favorite of many of us here at Android Police. Today it gets a little better still: the latest update to the Android app and various browser extensions adds the action buttons from Rich Notifications to the mirrored alerts on the desktop. 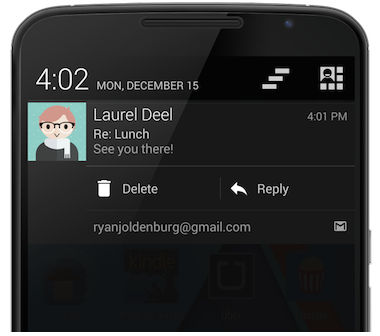 Android doesn't actually have a formal name for these - they're the contextual buttons that appear on some notifications when you expand them.

The announcement came during a session titled "Achieving more with Mobile Cloud," presented by Francesco Nerieri.