Google Drive is a fantastic way to manage and share content in the cloud, but it's not perfect for every file type. If you're constantly exchanging meeting transcripts and other audio recordings, you know how poor a media player Drive can be. With its most recent update, Google is making it easier to control your recordings with a couple of new tools. Google Play's branded Music app has had Pandora-style thumbs up and thumbs down controls, applicable to your local and cloud music as well as streaming radio stations, for quite a while. But they're not all that easy to get to: aside from the "now playing" screen and the homescreen widget, the functionality isn't all that obvious. The latest update to the app puts those recommendation tools front and center, right on the notification and lockscreen controls.

While Spotify has likely seen a fairly dramatic drop in subscribers since the launch of Play Music All Access, the all-you-can-eat streaming audio service hasn't quite given up on its Android users just yet. The last significant update finally brought landscape support (which, honestly, should've been baked in from the beginning), and today's version bump brings another feature long missed by Android users: notification controls for Jelly Bean devices (4.1+). 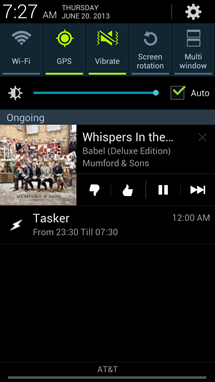 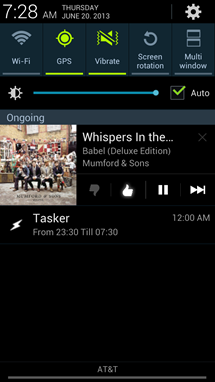 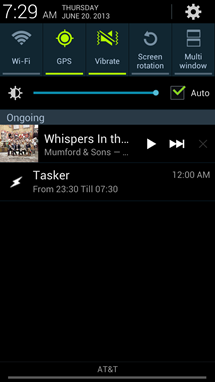 That's actually the icing on the cake for many users – as far as the app is concerned, it's essentially on par with Play Music at this point (some may even prefer it).