Evernote is a place for storing notes, and not just the ones you've typed up. You're welcome to scan documents and upload them to the service. Alternatively, you can whip out your phone, open the app, and take a picture.

With the latest update, Evernote has enhanced the photo-capturing experience.

Ever wanted to take handwritten notes, but didn't want to write on a digital screen? Maybe you just don't want a Samsung device, the primary Android manufacturer to offer active digitizers (better known as the "S Pen" in their marketing materials). Livescribe's smartpens have, up to now, been just a nearly perfect solution for many. You can write on real paper* and have your notes rather effortlessly synced to select digital destinations. It is suddenly looking even better, though, because long-awaited Android support is on the way.

You might be familiar with the MyScript Calculator, which lets you jot down math problems and solves them on the spot. It's creepy accurate, and now that same technology has been applied to note taking with MyScript Smart Note (for tablets only). It works best if you've got a stylus, but even a finger is accurate enough for this app to figure it out.

Microsoft recently launched a beta program for its OneNote Android app, and a couple weeks later we are now seeing the first update hit devices. It happens to include a number of noteworthy enhancements. Primarily, the debut beta update introduces the ability to take handwritten notes with either a fingertip or stylus, a natural progression for a note-taking app geared at touchscreen devices. 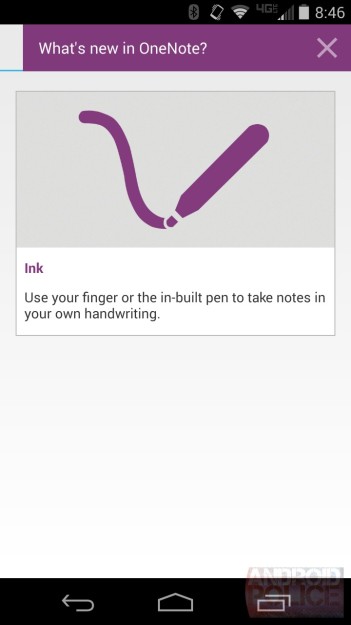 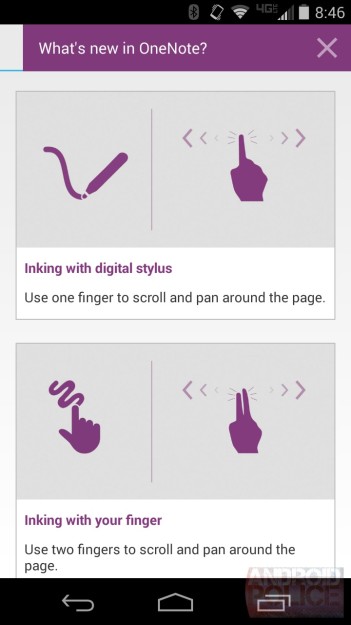 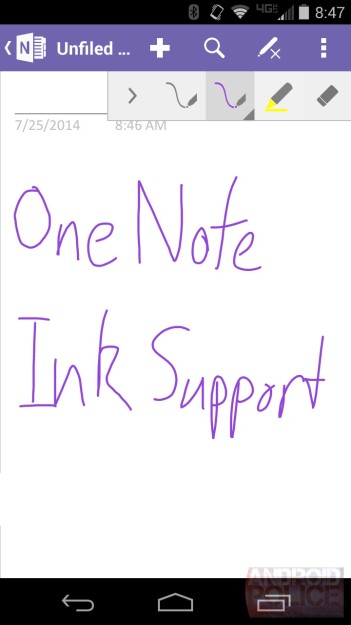 Joining this change are a number of formatting options letting users tweak fonts, text size, and word alignment. The app is also easier to navigate now that people are free to switch between notebooks and pages just by swiping.

Evernote has been around the block for years now, and it's one of the first recommendations you're likely to hear when searching for a solid note-taking app. The latest update doesn't revamp things, but it adds the ability for users to take images and files they would have previously attached to a note and inject them directly into its body instead. The functionality is accessible right from the action bar, and you're free to add multiple images one after the other. 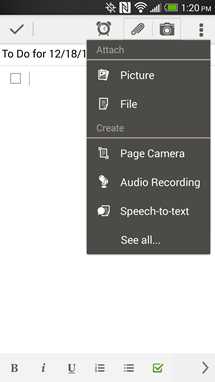 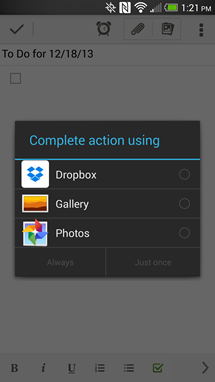 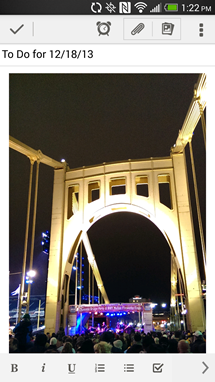 Evernote Business users also get the ability to view a list of all business notes. This should make it easier to scroll through all of the content you and your team have shared with one another.

Catch Notes, the popular note taking app, has been updated to v5.0, with a number of improvements that make it easier to quickly take notes and collaborate with other users.

The most obvious addition in this latest update, which is only available for phones at the moment, is the introduction of the Catch capture wheel. The capture wheel is accessible from the bottom of the screen and allows you to create new voice, photo, and text notes with one tap. 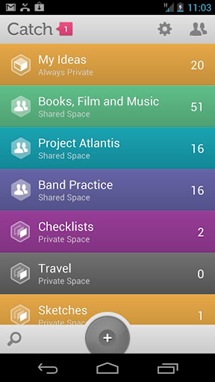 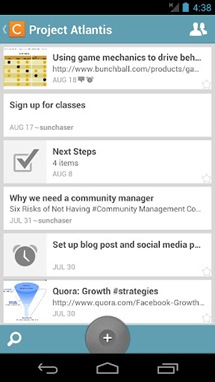 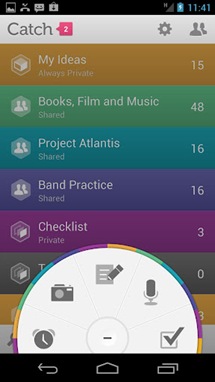 In addition to this, you can also use checklists in the new version, to help keep track of things that need to be done for certain projects.

TouchType Ltd., the creators of what is arguably the best predictive keyboard available for Android, have just announced SwiftKey 3, along with a separate solution made specifically for medical professionals – SwiftKey Healthcare.

SwiftKey 3, which has – as of tonight – finally come out of beta, is on sale in celebration of its launch, available from the Play Store for just $1.99 today. SwiftKey Healthcare, for those wondering, is a new keyboard, pre-loaded with tons of medical terminology and tools to enhance medical note taking in the healthcare industry. We'll take a quick look at both of the keyboards below.

Popular note-taking and organization app Springpad received an update today which brings a whole new level of social sharing and interaction to the app.

Springpad now allows users to share notebooks with specific people, so you can collaborate on projects and share ideas with the appropriate people; personalize your notebooks with themes, and easily explore and follow public notebooks. Other features added to smart notebooks include:

If you haven't tried out Evernote, you're missing out. It is, hands-down, one of the best note-taking applications for Android. It's not just on Android, though - it's cross platform and always in-sync. This means you always have your notes with you wherever you may be. 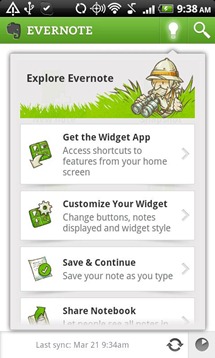 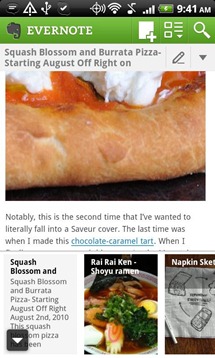 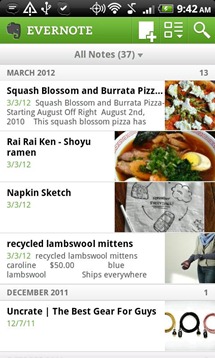 Today, the Evernote team added an array of useful features to its already impressive app, including